Xiaomi Technology Co., Ltd. recently applied for the registration of the Xiaomi Ren trademark. The international classification involves 35 types of advertising sales. The current trademark status is in the process of registration. According to reports, the latest Xiaomi trademark to hit the public is the “Xiaomi People” trademark. The application date is January 2020. According to ITHome, Xiaomi now uses the Xiaomi Ren mobile phone client internally, which brings great convenience to Xiaomi students. Many tasks are inseparable from the Xiaomi Ren App, which supports functions such as “dynamic token” and “secure code scanning”. 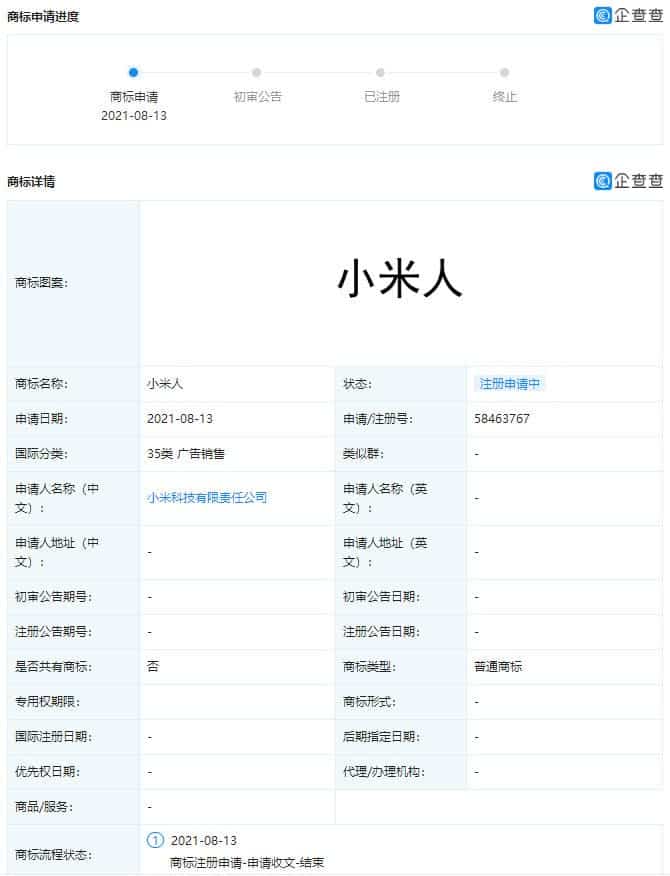 In terms of trademarks, as of the end of last year, Xiaomi had applied for more than 27,000 trademarks worldwide. Its trademark applications cover over 160 countries around the world. In terms of standard new technology innovation, Xiaomi is leading in more than 100 standards in China. Furthermore, it claims that it is now in the top 15 in the list of 5G standard patent declarations. According to Xiaomi, as of the end of last year, the company had 19,000 patents worldwide. The company further stated that nearly half of these patents are from outside China.

Xiaomi stated that it will continue to be technology-oriented, forge ahead, and use innovation to light up scientific and technological life. The company pledges to do more in the technological space.

A recent report from Strategy Analytics shows the performance of OEMs in terms of shipments for the first quarter of 2021. For this quarter, the global smartphone shipment hit 340 million units. This is actually a 24% year-on-year, setting a new high since 2015. Of course, it is surprising to see that so many people are buying smartphones after the pandemic. Due to the huge boost from 5G, the result is not entirely a surprise.