2021 looks like not the most successful year in Qualcomm‘s history. It not only lost the lead to MediaTek, but also released the extremely hot Snapdragon 888/888 +, giving manufacturers headaches on how to cool them down so as not to sacrifice performance. They did not come out with comprehensively perfect chips and the Snapdragon 870 looks advantageous against their background.

This chip has shown itself to be the best in terms of power and there are no big claims to it in terms of overheating. Xiaomi liked Snapdragon 870 and is preparing another smartphone with it on board. The well-known insider Digital Chat Station, who has already been noticed more than once for a leak of reliable information, told a wide audience about this.

The source claims that the new product is at the testing stage and, in addition to the Snapdragon 870 chip, Xiaomi smartphone will receive a 6.7-inch OLED display with a resolution of 2400 × 1080 pixels with a refresh rate of 120 Hz. It will offer a multi-module main camera with a 50-megapixel main sensor.

What kind of smartphone it is and what naming it will debut with are not reported. But chances are good that it could become part of the Redmi K40 series and will be given the name Redmi K40s. Do not write off the POCO brand, which may well acquire another device with Snapdragon 870. And also do not forget about the company’s plans to release the Xiaomi Mi 11 T; which can also offer this chipset. 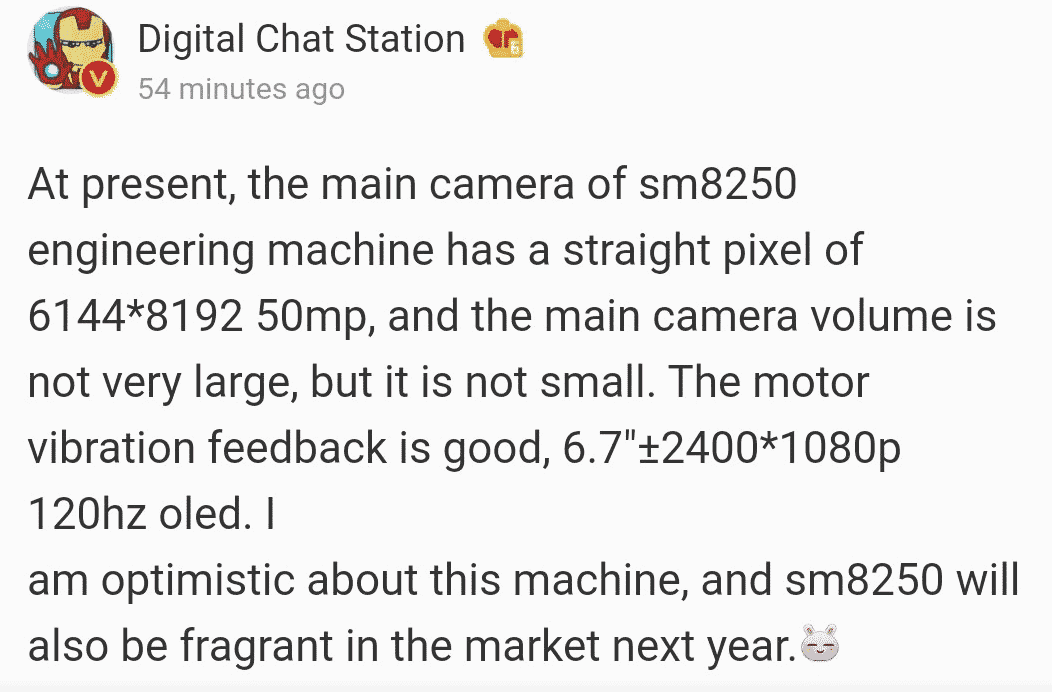 Dimensity 2000 is already being tested

There is new information about MediaTek’s flagship Dimensity 2000 SoC; which will use TSMC’s 4nm process technology and offer excellent performance.

Sources say Dimensity 2000 will begin shipping in small quantities by the end of this year. Moreover, some manufacturers are already conducting relevant tests. If all goes well, the launch timing of the Dimensity 2000 smartphone could coincide with the launch of the Snapdragon 898. This means that there could be direct competition between these SoCs.

The Dimensity 2000 is expected to use the Arm Cortex-X2 super-core, with AnTuTu reportedly scoring more than 900,000 points. Although the predictions indicate that the result of the Snapdragon 898 may exceed 1,000,000 points in the same test application.