Moto Tab G20 price in India and a myriad of other key details have surfaced online ahead of the tablet’s imminent launch in the country. Motorola is gearing up to unveil a new tablet in India, making a comeback in the country’s booming tablet market. The Moto Tab G20 will be going official in India today exclusively via the country’s popular eCommerce website, Flipkart.

It is worth mentioning here that the Lenovo-owned company’s new tablet will make its debut just days ahead of Flipkart’s Big Billion Days Sale. In other words, Indian consumers will be able to take advantage of various offers during the impending sale. As expected, details about the upcoming tablet’s pricing and specifications have surfaced online ahead of its official unveiling.

In collaboration with noted leaker Yogesh Brar, Pricebaba divulged the Moto Tab G20 price in India on September 29. The upcoming tablet’s microsite has gone live on Flipkart, revealing that it will boast mid-range specifications. Furthermore, the publications claim that the Moto Tab G20 will be a Flipkart-exclusive tablet. Citing its reliable source, the publication claims that the Tab G20 will retail for INR 10,999 (about $148) in India. 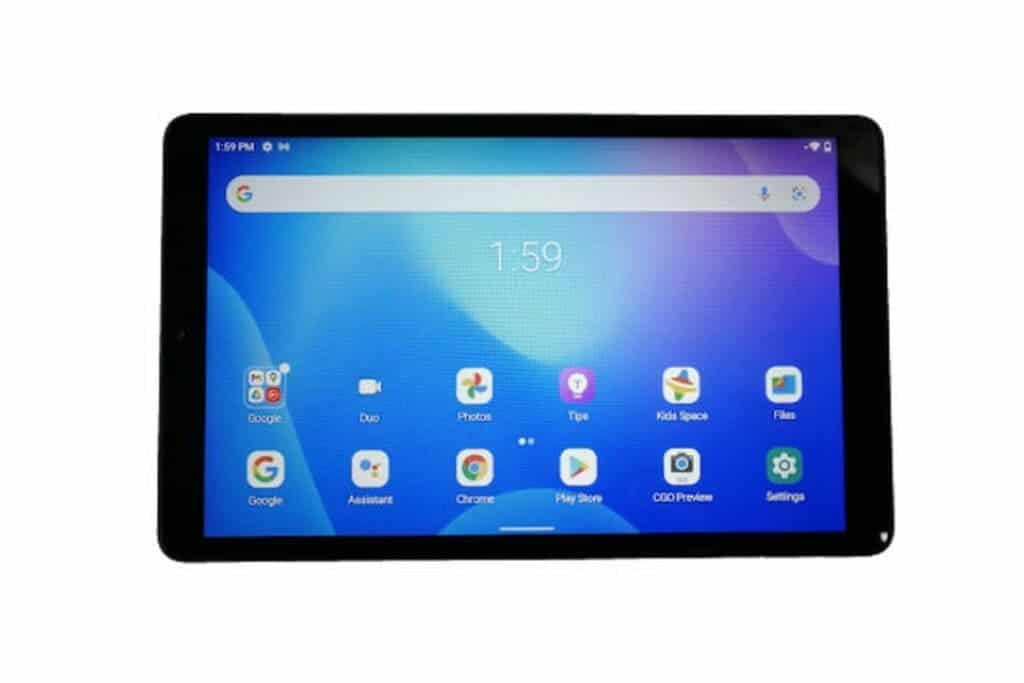 Aside from that, Brar revealed that there will be an additional INR 1,000 (about $13) discount on exchange. On top of that, Indian buyers will be able to get various discounts if they place their orders using credit/debit cards during Flipkart’s Big Billion Days sale. More shreds of information are likely to be revealed during the launch event, which will take place today.

Earlier this month, Flipkart teased the Moto Tab G20 via a dedicated microsite for the tablet. Aside from that, the tablet has been subject to several leaks that shed more light on its specifications. Noted tipster Mukul Sharma revealed the launch date of the tablet while sharing an image of the Tab G20. The image showcased the front panel of the tablet. On top of that, Flipkart shared another render that showed the tablet’s thick bezels and a single camera at the back. 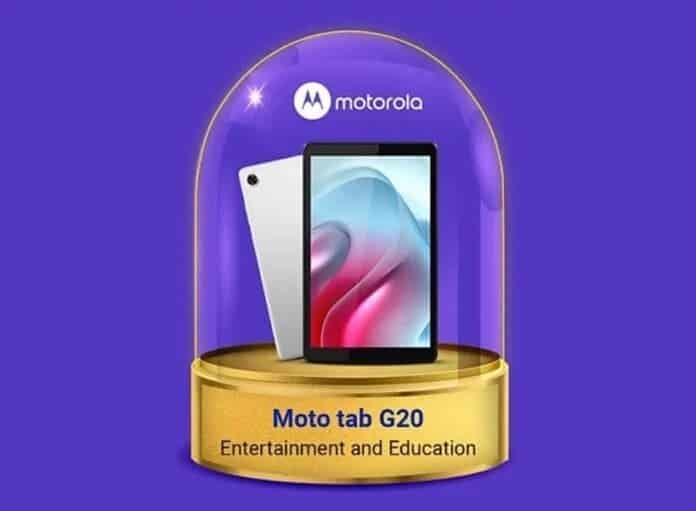 Furthermore, the tablet is tipped to come in a metal frame and sport an 8-inch IPS LCD display, according to a report from Phone Arena. It is likely to come running Android 11 OS stock edition. Aside from that, it will have a dedicated kids’ mode. This mode will enable parents to control what their children can access on the tablet. On top of that, the tablet will be teeming with popular applications, eBooks, YouTube videos, and even DIY projects.

Under the hood, the device will pack an Helio P22T, which will be paired with 3GB of RAM. Moreover, the Tab G20 is tipped to come with 32GB of onboard storage capacity. Also, it is likely to draw its juices from a 5,100mAh battery. Other notable features include speakers powered by Dolby Atmos Audio. The tablet will house a 13MP rear camera and a 5MP front shooter.