A new design patent from Xiaomi reveals a rare center rear camera design that appears like what you will see on Android smartphones a few years ago. However, this patent shows a device with a beautifully rounded screen as well as a telephoto lens. The company filed for the patent design in September last year. However, the document showing the new Xiaomi smartphone was released a few days ago. Although this is only a design patent, it is very similar to the Xiaomi Mi 11. Thus, there are speculations that this will likely be the Xiaomi 12 design. This new flagship Xiaomi 12 will launch in December at the earliest. 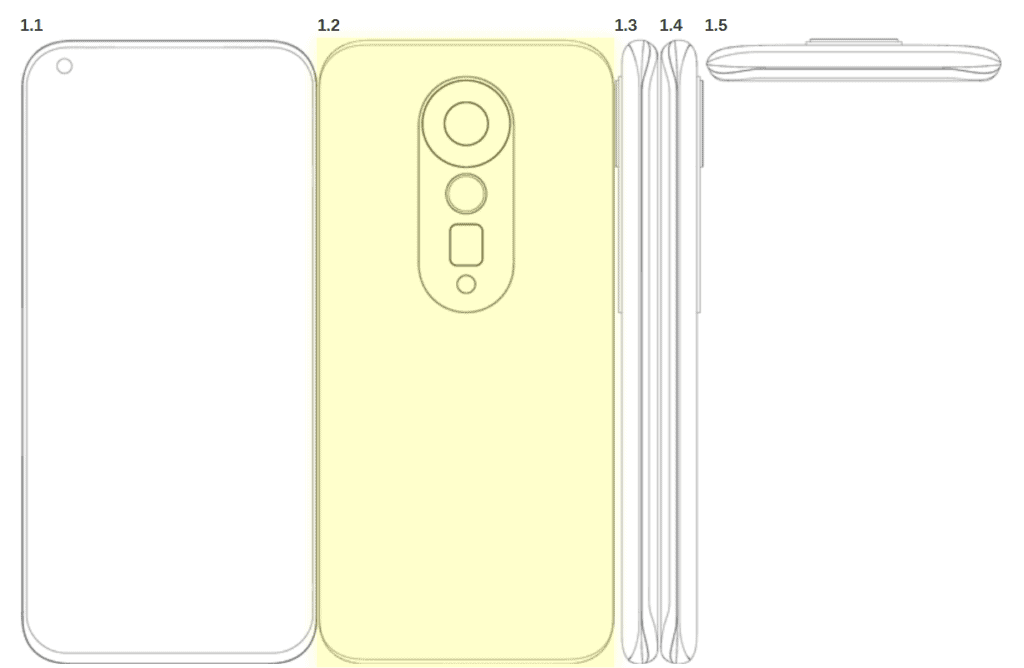 This design shows a Xiaomi smartphone with round corners and a curved display. The device has very narrow screen edges and only a small bezel is visible at the top and bottom. A punch hole in the top left corner for the selfie camera. The roundness of the display is also higher than that of the Xiaomi Mi 11 series. The curved screen and the narrow edges give rise to the suspicion that it is a high-end mobile phone, probably the Xiaomi 12.

On the rear, the triple camera is placed prominently in the center of the housing. It uses a large main camera which could be a 108MP sensor that Xiaomi often uses. Furthermore, a relatively small round camera (presumably with an ultra-wide-angle lens) and a rectangular-shaped periscopic telephoto zoom camera are visible. A flash is mounted directly below it. 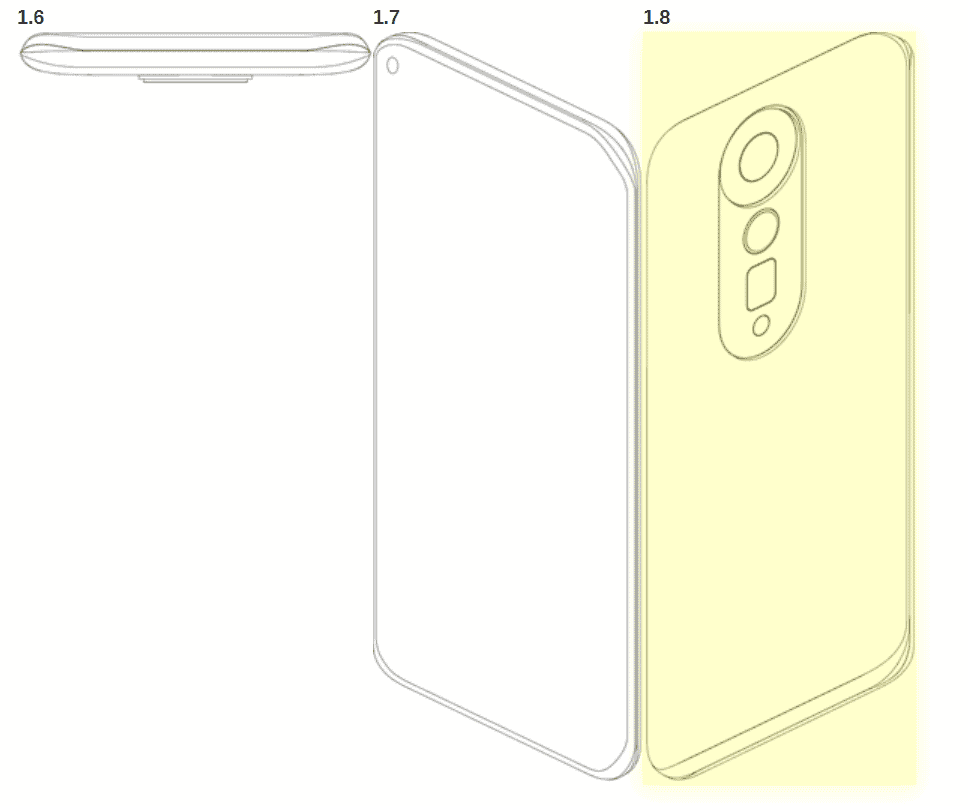 It is somewhat remarkable that Xiaomi places such a large camera system in the middle of the device. Such a camera takes up quite a bit of space. This is partly why many manufacturers chose to place the camera in the top left. Despite this, there are more Xiaomi phones available with a centrally located camera, such as the  Redmi Note 9T, Mi Note 2, and so on.

There are no buttons or connections visible on the patent images. This is normal with Xiaomi’s design patents. The company will probably add these at a later date. It is only a rumor that the company will use this design for the Xiaomi 12. In reality, there is no telling when Xiaomi will use this patent design. In fact, the company may never use it.

The Xiaomi 12 lineup will most likely be officially announced in China at the end of this year. These are three new models, which will be launched worldwide in the first quarter of 2022. According to the rumors, the Xiaomi 12 series will receive an upgraded screen with a renewed curved display.

This series may even be the first to use the flagship Snapdragon 898 SoC. Relative to the current Snapdragon 888, SD898 brings a substantial performance improvement, using a brand-new Samsung 4nm process.

Next Lu Weibing spotted with an unreleased Redmi smartphone