Wondering what the “exclamation mark” means? Well, it is a new informal term that refers to the dual punch hole camera setup that the iPhone 14 series will adopt. There is a pill-shaped punch hole side-by-side with a normal round punch hole. The setup looks like an exclamation mark hence the name. A few days ago, Apple leakster, ShrimpApplePro released a set of CAD drawings of the iPhone 14 Pro Max. The picture shows that, according to the previous rumors, Apple will bring a new ID design to the iPhone 14 series. It will not only abandon the notch which it has used for many years, it will also bring a new design. The company will switch to the “exclamation mark” punch hole design to increase the screen ratio.

In addition to the screen, another major change of the iPhone 14 Pro Max is the narrower bezel. The size bezel is only 1.95mm wide which is a significant improvement from the iPhone 13 Pro Max’s 2.42mm. The iPhone 14 Pro Max bezel will be nearly 20% narrower. Previously, Ming-Chi Kuo predicted that the iPhone 14 series will be upgraded to a 48-megapixel lens. He also claims that Apple will further upgrade to a periscope lens in 2023 (iPhone 15 series).

iPhone 14 series will use two processors 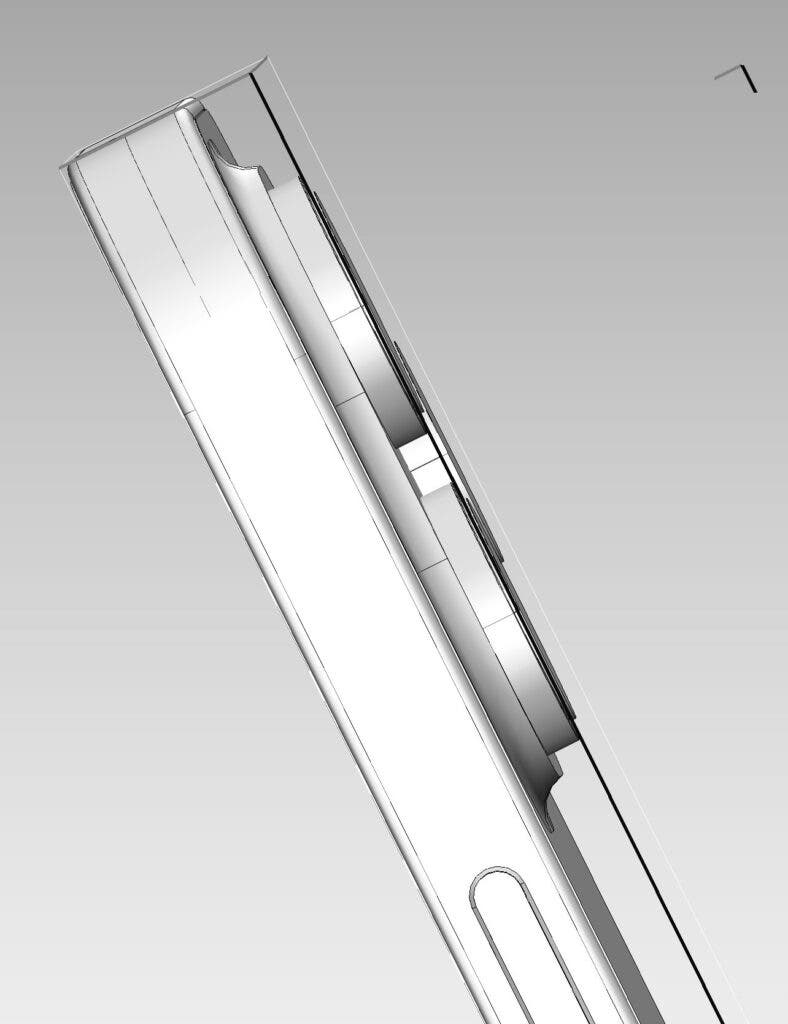 All four new models will come standard with 6GB of memory, the difference is that the Pro version uses LPDDR 5 memory. However, the standard version still uses LPDDR 4X memory. In addition, he also predicts that the under-screen Face ID that everyone is looking forward to will not arrive until the iPhone 16 series. This means that the iPhone 14 and 15 series will miss this feature.

In other respects, according to previous reports, the new iPhone 14 series may still continue the design of the iPhone 13 and continue to use the right-angle frame scheme. The front will use a punch-hole screen from Samsung/LG for the first time. This display will support up to a 120Hz high screen refresh rate. It will also support the new generation LTPO technology. There is also a change to the design of the rear camera. The renders so far reveal a convex design for the entire module in the past. However, each lens is individually convex, which is very similar to the camera module design of the new Samsung Galaxy S22 Ultra.