Some days ago, Ming-Chi Kuo, a well-known Apple analyst, posted that Apple is expected to use the USB Type-C data interface for the iPhone 15 in 2023. This news has caused heated discussions, and many people in the industry believe that this is impossible. This is because Apple can win huge licensing fees every year by relying on MFI certification. However, there is now a new report which claims that this is very possible. 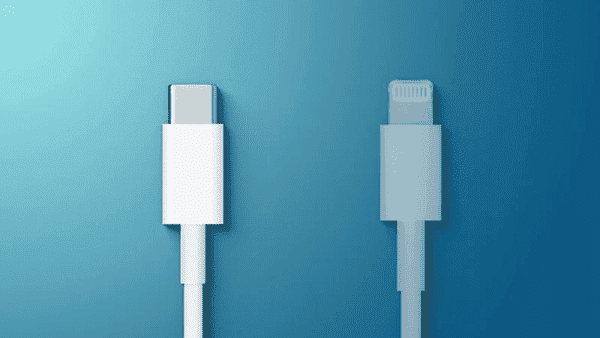 In fact, the new report claims that Apple is currently testing the USB Type-C’s workability on iPhones. According to @sinatech reports, Apple switches to the USB Type-C interface in the process of testing future iPhone models. Thus, the company is in the process of replacing the original Lightning interface. He also added that Apple is also developing a charger that will work with both old and new iPhones.

However, the news pointed out that the iPhone with the Type-C interface will not be announced until at least 2023. Furthermore, iPhones before that will still use the Lightning interface. This is basically in line with the previous report from Kuo Ming-Chi.

Apple has no choice but to obey the EU

According to market analysis, the most important reason for Apple to make this change is to deal with EU legislation. In September last year, a legislative proposal submitted by the European Commission showed that the Type-C interface would become a unified standard interface for all smartphones, tablets, cameras, headphones, portable speakers and handheld electronic game consoles.

Previous reports claim that Apple would continue to use the Lightning port in the next few years. In the past, there were reports that Apple would rather have an iPhone without an interface. It would rather rely on wireless charging and wireless data transmission, rather than using a USB-C interface. However, with the latest prediction, Apple now appears to be bowing to the pressure of various factors. Now, Apple has to put the USB-C port on the agenda. It either has to provide products with a USB-C interface for the European market or to make all products in the world use the USB-C port. Either way, it will use the USB-C port sooner or later.

Although the iPhone still uses the Lightning port, a large number of products such as MacBook and iPad have switched to USB-C, and support Thunderbolt 3 and even Thunderbolt 4. The latter not only has a very high transmission rate but also is compatible with fast charging and DP signals video output.