Motorola is one of the old names in the mobile phone market. However, as the years rolls by, the company was left behind by the competition. Nevertheless, after its alliance with Lenovo, it is getting back on its feet. Today, Motorola released four mobile phones and all the mobile phones are in the entry-level segment. In addition to the Moto G53 5G and Moto G73 5G, Motorola also released the Moto G13 and Moto G23 which are cheaper. 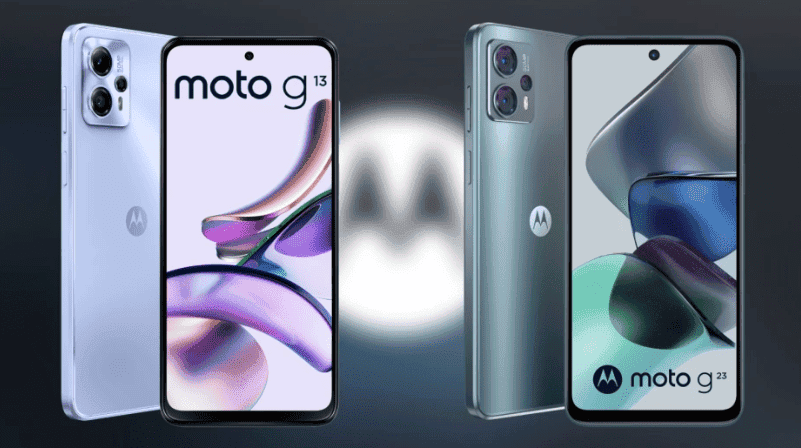 Both the Moto G13 and Moto G23 are entry-level mobile phones but they come with some pretty decent specs. For instance, both mobile phones come with a 50MP camera as well as a high refresh rate screen. They also boast of a 5000 mAh large-capacity battery, and the native Android 13 system is pre-installed out of the box. These are features that we can find on mid-range mobile phones.

First off, the two mobile phones are the same size. These devices are 162.7mm long, 74.66mm wide, and 8.18mm thick. In terms of weight, the Moto G13 is about a gram lighter than the Moto G23 which weighs 184.25 grams. Both mobile phones support waterproof but the company did not reveal the specific rating.

In addition, both mobile phones also come with a 6.5-inch LCD display with a refresh rate of 90Hz and support for side fingerprints. For an entry-level mobile phone, the 90Hz refresh rate is pretty high. Also, both phones support Dolby Atmos and both are compatible with Bluetooth 5.1. In addition to the 5000 mAh batter, the Moto G23 supports TurboPower 30W charging, a feature that the Moto G13 does not have. As for the Moto G13, it supports 20W charging. The Moto G23 comes in two memory versions: 4GB and 8GB while the Moto G13 only comes with 4GB of RAM.

Both phones have a 3.5 mm audio jack, comes with a USB Type-C port, and both offer Micro SD slots for memory expansion up to 512GB. In terms of internal storage, both mobile phones comes with 128GB or 256GB of built-in storage. The Moto G13 comes in matte charcoal, blue lavender, and rose gold 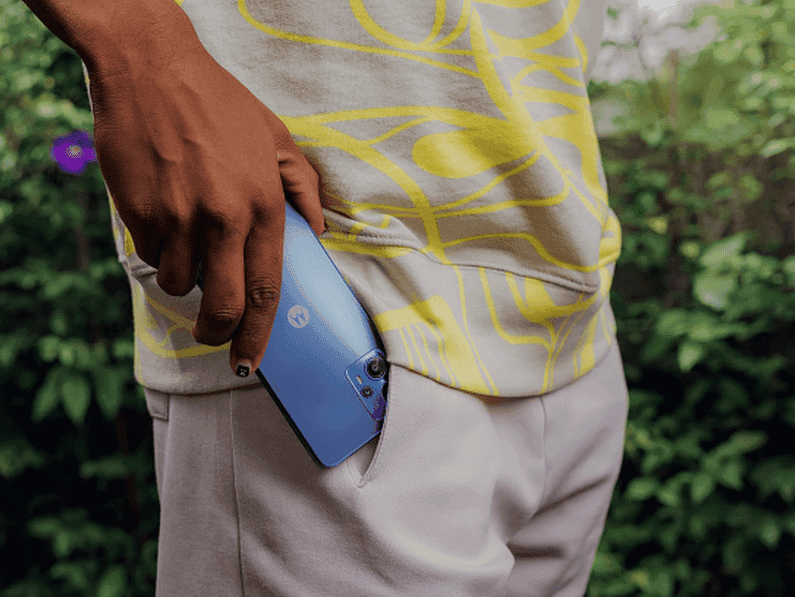 Both the Moto G13 and G23 comes with a MediaTek Helio G85 processor. This chip is a 2020 octa-core processor clocked at 2.0GHz, unfortunately this chip does not support 5G. Supporting the CPU is an ARM Mali-G52 MC2 GPU.

The Moto G13 and Moto G23 phones will be available in Europe in the coming weeks. After Europe, these devices will enter select markets in Latin America and Asia. The Moto G13 starts at 179.99 euros while the G23 starts at 199.99 euros. The Moto G53 5G as well as the Moto G73 5G are higher positioned models than the Moto G13 and Moto G23. Both phones comes with a 6.5-inch display that supports a refresh rate of 120Hz. In addition, both mobile phones also supports 5G network and pre-installs Android 13 system out of the box. We can already see some of the upgrades of the G53 5G and G73 5G over the G13 and G23.

In terms of core configuration, the Moto G53 supports Qualcomm Snapdragon 480 chipset, which is an octa-core processor with a frequency of 2.2GHz. The GPU is Adreno 619, and the memory configuration is 4GB/6GB/8GB. In terms of cameras, the new phone comes with a 50MP main camera, a 2MP macro camera, and an 8MP selfie camera on the front. In terms of battery and charging, the Moto G53 has a massive 5,000 mAh battery that supports 30W fast charging. It supports off-screen fingerprint unlocking and face unlocking. This device will be available in light pink, ink blue and arctic silver. The Moto G73 5G is available in Midnight Blue and Glass White and has a water-resistant coating (both models). The new phone will be available in Europe in the coming days/weeks, and will also be available in select markets in Latin America and Asia.