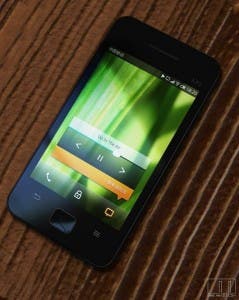 Jack Wong the CEO of Meizu has been kicking up a bit of a fuss claiming Apple’s new 4th generation iPod ‘looks a bit like’ his mythical upcoming M9II Android phone.
Problem with his claim is the M9II is meant to be the successor to the yet to be released M9 handset.
So what he really should be saying is ‘the new iPod looks a little like something I might possibly put in to production in the future, and I’ve got the concept picture that I could have just whipped up this minute, to prove it’
Personally, I don’t see too much similarity between this fantastic looking concept and the new iPod, but I certainly hope it makes it’s way in to production!
Via: Engadget

Previous There’s An App For That: Driving in China