Tablet computers are great little devices. Ultra portable, light and easy to use, but often a bit cumbersome to hold while typing especially if your tab has a rounded back (like the iPad).
Luckily for us there are plenty of aftermarket solutions out there to make typing a little easier. 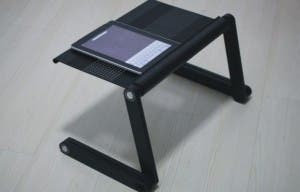 First up is the Omax tablet/laptop/netbook/magazine/book stand! Pretty much anything that is flat and designed to be viewed for any length of time can be placed in to this highly adjustable stand.
It’s also really sturdy with a claimed 20kg weigh limit! It is also rather large which really limits the Omax to a home/office stand.
Expect to pay 260 Yuan for an Omax. 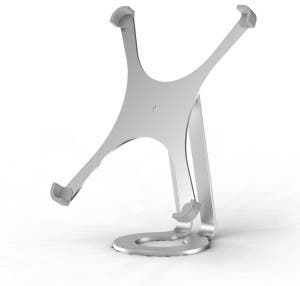 ipad 360 standAlthough it’s branded as an iPad stand the 360 would happily accommodate any tablet with the same proportions.
As the name implies the iMac esque stand allows your tablet to be viewed at any angle you may possibly want, and could, in theory be used as a kind of steering wheel attachment for racing games.
The 360 at 180 Yuan is cheaper and more stylish than the Omax, but again due to it’s design may only be suitable at home or in work.

Another option which is similar to the 360 is the Maclove Titan. In terms of use the Titan works exactly the same as the cheaper 360, however if you happen to me named Mario or Wario you might want to pay the 230 Yuan asking price so it looks like you have a custom stand. 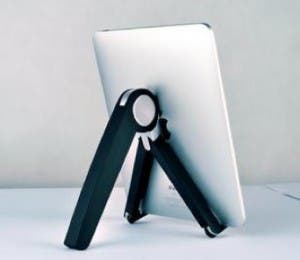 This little tripod stand looks to be fantastic value. Not only is it cheap as chips at only 75 Yuan, but it’s also super portable thanks to it’s folding design and lightweight.

The folding design also allows the Tripad to extend and adjust for use with any number of tablet or laptop regardless of size. To top it all off it also comes in a range of colors.