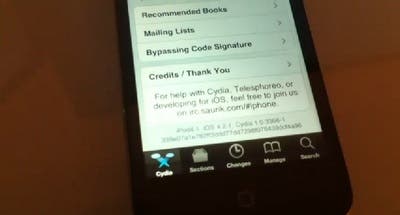 Wow, we’ve been eagerly awaiting for an untethered Jailbreak to come out for iOS 4.2.1 and instead of getting just 1 we’ve got news of 2!

The first, developed by Comex, is already working and is planned for release before Christmas (video below).
The second Jailbreak news comes from the Greenp0ison team who have just said on Twitter that their new Greenp0ison tool is on the way, but have yet to give an e.t.a on a release date.

Before either of these Jailbreaks are released it might be a good idea for you to back-up your SHSH blobs using either iSHSHit or Tiny Umbrella, or both.

Next Flash On iPhone, iPod and iPad Without a Jailbreak!