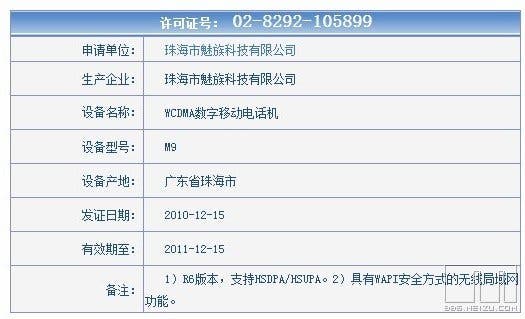 Jack Wong said a few weeks ago the only thing slowing the M9’s release was waiting for the Network Permit, which will allow Meizu to legally sell the M9.
Well they’ve got it!

The Chinese State Ministry of Industry and Information Technology granted the network license to Meizu for the M9 on the 15th December.
So the next question is will we be able to go to the Meizu store on Christmas day and buy one or will we have to wait until 1st January?
Follow us on Twitter for more Meizu M9 news, and remember if you want an M9 when they’re launched send us an email.