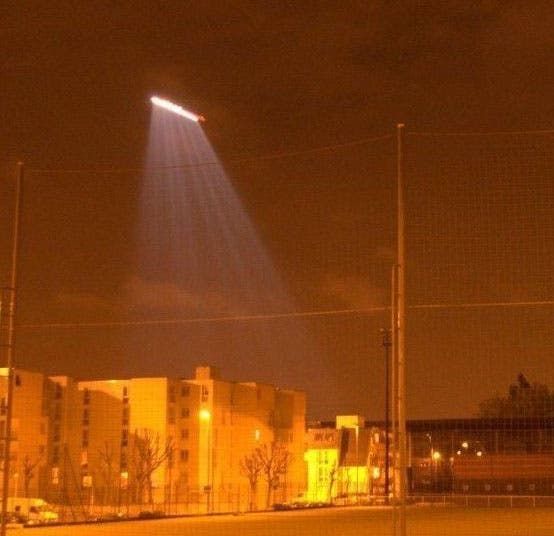 There have been 100‘s of sighting of Unidentified Flying Objects in Chinese airspace this year. Some were debunked my astrologers, but others remain a mystery.

Wang Chunlin, of Pujiang, Zhejiang province, told the local media that he had a video clip of a UFO sighting and he promised that the video was real. Another resident, Yang Zhenhai, saw the shiny object in the sky first and spread the news in an online chat group. Wang was also in that group, so he went to shoot the object on video.

Staff members at Hangzhou International Airport saw the object through their monitoring equipment about 21:00, and immediately shut down the airport and many flights were delayed. The airport staff said they could not look at the object directly, but some Hangzhou residents claimed they saw a UFO that day about 17:00. No evidence surfaced that what they saw was the same object that appeared near the airport. 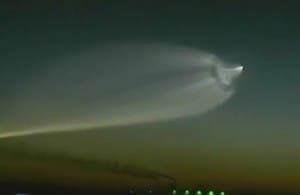 Three shiny objects resembling the sun appeared in the sky about 8 pm and many Leshan residents reported seeing them. They lingered for more than 10 minutes. Wang Sichao, an astronomer from the Purple Mountain Observatory, Chinese Academy of Sciences, said that may have been caused by refraction of the sun’s rays.

About 8 pm, people began discussion on the local BBS about some shiny objects they saw. The objects were described to be two to four shiny objects moving swiftly across the sky. Local astronomers said that may have been caused by refraction of lightning. 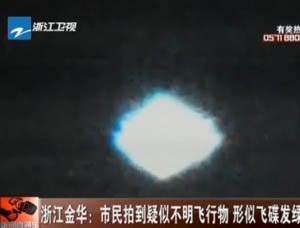 It was a stormy day in Hong Kong, Sept 8, and many residents said they saw a UFO. The object was described to be round with a row of lights. Wang Sichao, an astronomer at the Purple Mountain Observatory, Chinese Academy of Sciences, said that may have been caused by refraction of lightning.

6. Liuzhou, Guangxi Zhuang autonomous region, Aug 11
An extremely shiny object flew at a high speed and became a hot topic on local BBS. It was described to be “a diameter of 20 centimeters and a length of 120 centimeters, with a yellow front end and a light green back end.” Some residents said that children feared the shiny object and cried. Some residents from Guilin and Nanning cities said that they also saw the object. Some astrophiles explained it was a meteor. 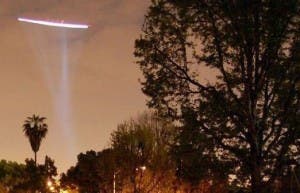 Local media said that two shiny objects appeared in the sky on the evening of Oct 11. One object was big and the other small.

Two young photographers, Gu Peiwen and Sun Jiali, found in their photos a shiny object that appeared when they were trying to shoot some night scenes of Pingyao. A young woman who was just passing through also was sure that she saw the object in the photos. The object was flat with two light beams.

Local air traffic management bureau saw a UFO through their monitoring equipment 40 kilometers east of Baotou about 20:00 and told the airport in Baotou to rearrange some flights. At 22:00, the flights returned to normal. 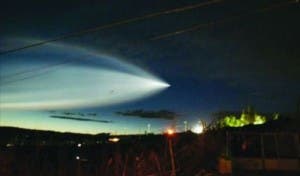 In the evening many Urumqi residents saw a shiny round object flying slowly to the east, with a light behind it. The next day it became a hot topic on the local BBS. Some astronomers said the object actually was a missile launched by the US military.