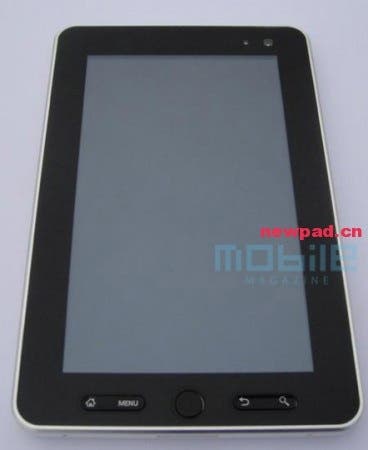 The Cherrypad is a $180 7 inch Android tablet, but if you want one at that price you had better be quick as it’s getting a major internal overhaul whopping great price increase!

The next generation Cherrypad will cost $220 more than the current generation and will look exactly the same (so very similar the the Samsung Galaxy Tab), but internally it will be a very different beast (we haven’t been provided with the the current Cherrypad’s specs so we’ll have to take the Chinese media’s word).
The new $400 Cherrypad will get a 1Ghz Samsung CPU, 512Mb RAM and a choice of either 8 or 16Gb of internal storage. 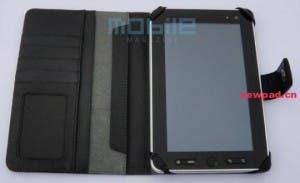 The screen is a 7 inch multi-touch capacitive unit with a 1024 x 600 resolution, and there will also be front and rear facing cameras, built in GPS, 3G, SD card reader and HDMI out.
O.S is expected to be at least Android 2.2, but we may well see 2.3 installed once the Cherrypad hits the market.

$400 actually sounds like a bit of a bargain for the Cherrypad when considering what’s built in and when compared to the much costlier Samsung Galaxy Tab, but there is one thing I would personally love to change…… the name!

Previous iPhone 5 On Sale in China?