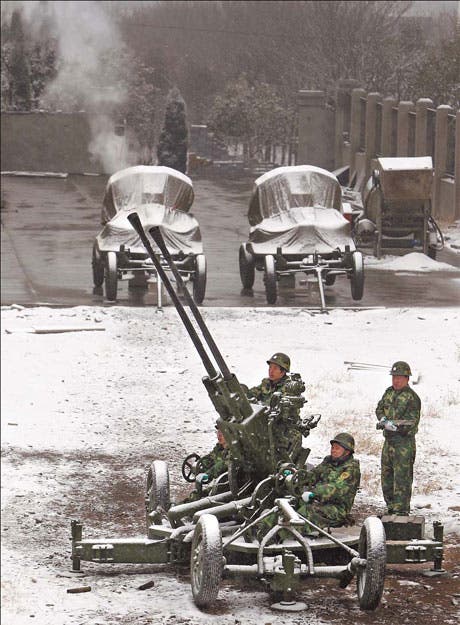 China’s droughts have become so severe that the meteorological department of Yichuan county have began cloud seeding with what appear to be anti-aircraft guns!
Rather than deadly ammunition these large caliber guns are loaded with chemical mixtures, silver iodide, which are able force clouds to precipitate. In this case a nice coating of winter snow was the result of the weather manipulation technique.

Cloud seeding has also been carried out in Henan, Shandong, Jiangsu and Anhui. Beijing, which has seen it’s longest winter drought in 60 years this year is also preparing for cloud seeding, although the recent snow fall may hold off those plans.

Next Vegetarians and Horse Lovers Beware This is One Monster Sausage!