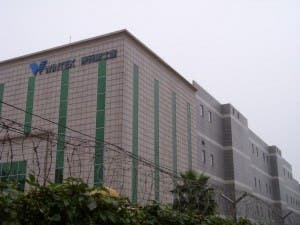 Apple has published that 137 workers at Wintek, a Chinese manufacture of parts for both Apple and Nokia, had been exposed to poisonous chemicals while making parts for the iPhone.
The workers at the Wintek factory in Suzhou were exposed to a chemical called N-Hexane which is widely used in the manufacture of electronics. The worker who were exposed, due to a malfunctioning ventilation system suffered paralysis of the arms and legs.

Apple Inc, wrote in it’s yearly supplier responsibility report, that it asked Wintek to stop using the chemical and repair the ventilation system, they also wrote in the report that Apple had also paid for hospital expenses due to the poisoning.
However, workers involved in the incident are now saying they have received no compensation and that they have even been asked when they will resign from their positions, as Wintek now seem them as unfit to work!

Next Cydia Blocked By China Unicom