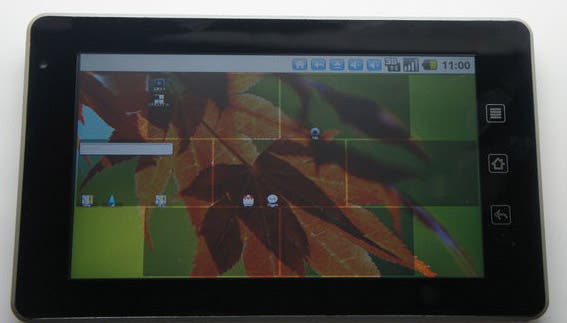 Oh my goodness have Nintendo made an Android tablet which uses Android 2.1 and features a built in camera and 3G? Or does the WiiPad usher in the day Chinese tablet manufactures finally run out of vowels to stick in front of the token ‘…pad’ name?

Find out after the jump!

Unfortunately it seems manufacturers are officially out of vowels and half decent ideas when it comes to naming their latest Android tablets!
The WiiPad, which could have been easily and originally named the yPad or mooX, gets a 7” 800 x 480 resolution resistive touch screen, 256mb RAM, a 3200mAh battery and 4Gb of built in NAND memory.
Points of interest are the built in front facing camera, built in 3G, HDMI out, the terrible name and the fact I tested a very similar device to this over the past weekend and found it to be pretty useless!

If you fancied a WiiPad expect to shell out around $185!

Previous How To Sync Your Mac’s Calendar With Android

Next iPhone 5 To Get A5 Chip, iPad 2 Keeps A4 and Samsung Loses Apple!?