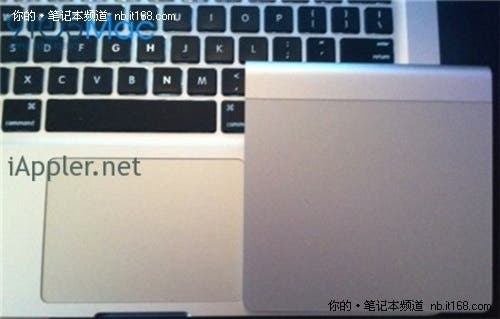 Rumor has it that the long over due Macboook Pro update will be ready for sale in just 2 days, which coincedentally also happens to be Steve Jobs’ birthday. Stores all over the U.S have reportedly already received their shipments of the new Macbook Pro, but have been warned that if they are to open the new stock they could loose their Apple reseller license!

Luckily for us someone decided to take no notice of the warnings and snap this sneak photo of the new Macbook trackpad next to the current Magic Trackpad. As you can see from the photo the new touch area is much bigger than the one on the current generation pro, and is likely to make use of new gestures and multi-touch input options.

Next Give Your Contacts a Makeover With Androidify