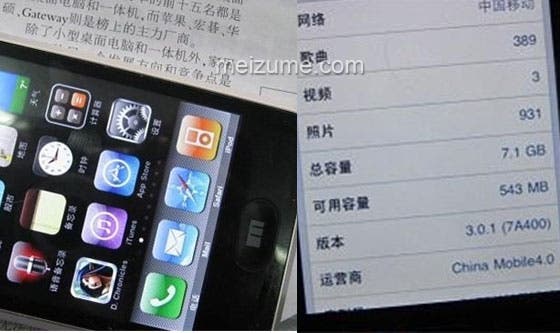 The Chinese Meizu forums are a buzz today after news of an apparent successful install of Apple’s iOS operating system on the previous generation Meizu smartphone.
The Meizu M8 originally shipped with a Windows CE based OS, but looking at the photos and video (after the jump) it looks to have been hacked to run iOS 3.0.1.

Check out the video after the jump!

The video below shows someone using M8 with iOS installed to make a call. It looks pretty convincing but could very well be just a video playing on the M8.
What do you think?

Next Is This How The iPad 2 Will Look?