If you are currently looking at this, the Thinkbook Android tablet, and are thinking “Awesome IBM are making Android Tablets!” don’t worry, because that’s exactly what we thought when we saw these corporate looking 7” and 10” tablets. 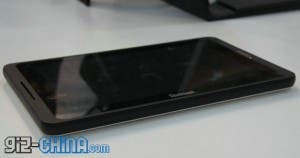 Although styled in typical IBM business fashion these Guangzhou made Android tablets made by Tin Chung Digital and have nothing to do with Lenovo’s IBM line of business aimed products, although they are aimed at the same business clientele. 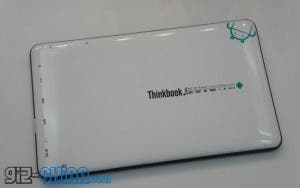 The 7-inch unit will use Rockchip RK2818 CPU’s with at least 25MB RAM, measures 11.6mm in thickness and will be available in a choice of 4 shell colours (white,black, dark red and blue). 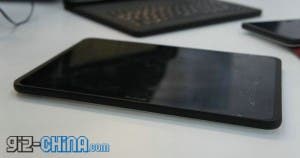 The 10-inch model will be aimed at the higher end of the market and as such will feature a higher end A8 based CPU from Freescale.

The tablets shown here are just dummy units, but it is hoped that actual production ready Thinkbooks will be available as early as May.

Previous This Knock Off 500GB Hard drive Has Nuts of Steel!