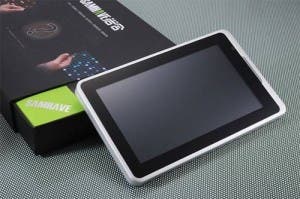 Strangely the new 7-inch ePad seems to be branded with knock-off Samsung wording which read ‘Samhave’, which give a cheap almost tacky first impression and is likely to turn many potential customers off.

O.S on this 7inch ePad is Android 2.2 which again is a surprise due to most companies using Android Gingerbread 2.3 now.

The CPU is a big surprise though as it’s a relatively quick 1.22Ghz unit which could be lighting fast on the little tablet, but as Zenithink have specified only 512mb RAM that power maybe of limited availability.