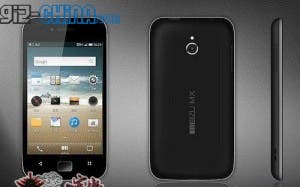 The Meizu MX is, apparently, going to be the world’s first Android smart-phone sporting a quad-core CPU! What’s more it will have Android Ice-cream sandwich, an 8 mega-pixel rear camera and an awesome 4-inch screen!

But best of all though is the Meizu MX will be available in stores for Christmas and will probably some with it’s very own pinch of salt!

Jack Wong the usually very vocal Meizu CEO, has popped on on the official Meizu forums with bold claims and plans.

The first interesting piece of news which he leaked is that the current Meizu M9 along with the soon to be released MX will both get Android Ice-cream Sandwich ‘as soon as possible’, which could be sometime in next year.

He went on to say that he plans for the Meizu MX to go on sale in December, however nothing was mentioned about the October release date for the next generation MX, which came and went without and explanation.

Next Apple iTV Concepts Drawn Up