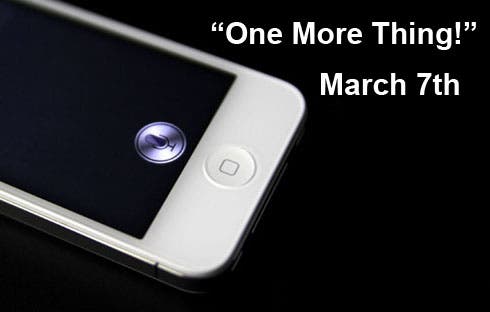 iPad 3 rumors are still the topic of the moment on most websites, with most speculating that the new iPad will end up being an updated iPad 2 rather than all new iPad 3, however what else do Apple have up their sleeves for Wednesday?

But Apple won’t just be launching the new iPad on Wednesday! It looks like the company will be releasing an update Apple TV with A5X CPU and newer features, but keeping to the low low price of $99.

Most excitingly of all though is the rumor that Apple have kept the lid on another product (feature) codenamed ‘B28’ which relates to Siri!

Nothing is known at this stage as to what ‘B28’ refers to, and what it is, but we believe it could be the inclusion of Siri, Apple’s talking assistant, on to the latest iPad and even possibly on the new Apple TV!

Siri on the iPad 3 (iPad 2S!!!) and the new A5X equipped Apple TV sounds pretty awesome to us!

We’ll keep you posted as we learn more!

Next How to install Android Market on Nook Tablet