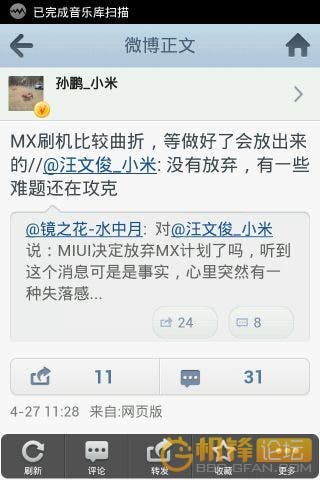 We reported a few days ago that the popular open source MIUI Android ROM would be making it’s way on to the Meizu MX today we have further confirmation that MX users will soon be able to dump Meizu’s FLYME OS or MIUI.

There was a little confusion surrounding MIUI in the MX and even rumors that the project had been cancel, however engineers on the team have confirmed that the ROM will be available once complete:

The ROM flashing method is a bit complicated, but the ROM will be released when it is done!

We have never give up , but there are some issues we need to solve.

MIUI on the Meizu MX would you choose it?

Next Grefu M97-2 New iPad Knock Off with 3G Unboxing