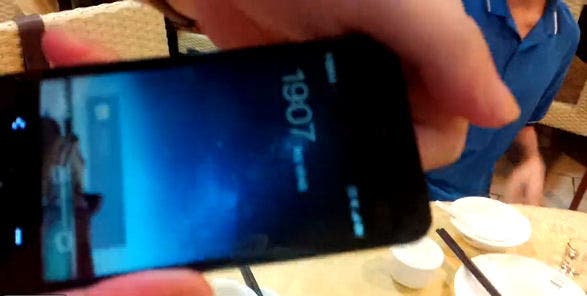 Of all the bizarre titles we have ever written the above takes the biscuit! Not only is a video of someone successfully opening a bottle of beer with their Meizu MX newsworthy enough, but it turns out the MX on the video is running an unreleased OS!

Those of you who are following Meizu and their Android phones will be well aware that Meizu will be launching their all new FlyMe 1.0 OS based on Android ICS 4.0 in June this year. The new OS is said to bring some all new features to both the current Meizu MX and last gen M9 Android phones.

But it seems that FlyMe 1.0 has already managed to leak out of the Meizu factory and has already been succesfully installed on customers phones.

The video below shows someone opening a bottle of beer with the MX show the phone to the camera to prove the glass isn’t scratched.

Keen eyed Meizu fans quickly spotted the fact the the Meizu MX in the video is actually running the all new FlyMe 1.0 OS!

Previous Does This Chinese iPad Mini Hint At The Real Apple iPad Mini?

Next 5 Features the iPhone 5 Is Bound To Have!