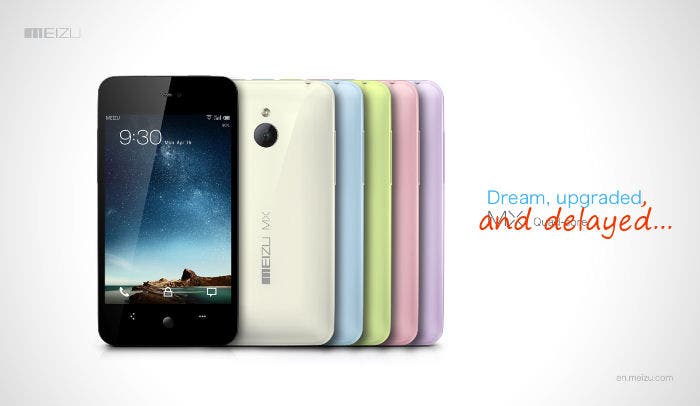 We we’re beginning to think Meizu were back on form with their release date and schedules, but news from the company’s CEO yesterday confirmed the opposite! Meizu fans wanting a stable version of Flyme 1.0 and the Quad Core MX read on.Usually before and impending release date a company will trumpet about how great their latest OS and devices are, but as the Meizu Quad Core and version 1 of their much anticipated Flyme OS reached their launch date the Zhuhai company were extremely quiet, well up until yesterday that is.

Jack Wong Meizu’s CEO appeared on the company’s forum yesterday to confirm what fans were starting to thing, that the new quad core Meizu MX and Android ICS Flyme OS are going to be delayed.

What’s more JW hasn’t given a firm release date for either only stating we are unlikely to see either anytime before July!

Next Looking for a supplier of Android on a stick PC's?