ZTE managed to grab my attention earlier this year with the announcement of their all new flagship Nubia brand and news of the 5-inch Nubia Z5. Today specs were finally unveiled in Beijing along with one very unpleasant surprise! The price!

Since the orignal leaks and rumours we have all pretty much known what ZTE were planning for their China only 5-incher. A quad-core CPU, 13 mega-pixel camera and 5-inch 1080 display, all added up to a possible Oppo Find 5 rival, and now after the official launch in Beijing it does look like Oppo should be shaking, but not too much!

There are some distinct upgrades on the Nubia Z5 over the Oppo Find 5. There’s 3000mAh battery and a 32GB version as standard, but the rest of the feature list looks exactly the same with a 5-inch, true 1080 HD display on the front, 2GB RAM, quad-core Qualcomm S4 APQ8064 CPU, and an excellent 13 mega-pixel camera on the rear! 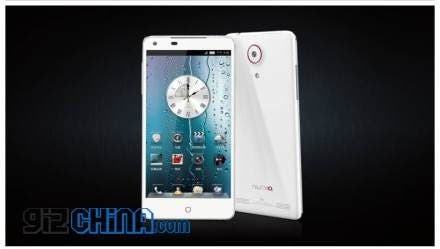 I know where my money would go despite the Z5’s custom Android 4.1 Jelly Bean OS, and minute 2.67mm screen bezel! How about you guys?