Hot on the heel of news the Huawei Ascend P2 could feature an 8-core processor, leaked photos and pricing details of the latest Huawei phone appear on-line!

The photos give a blurred look at the front of the Ascend P2 which is reported to have a 4.7-inch FHD 1080 display with a pixel density close to that of the HTC M7. 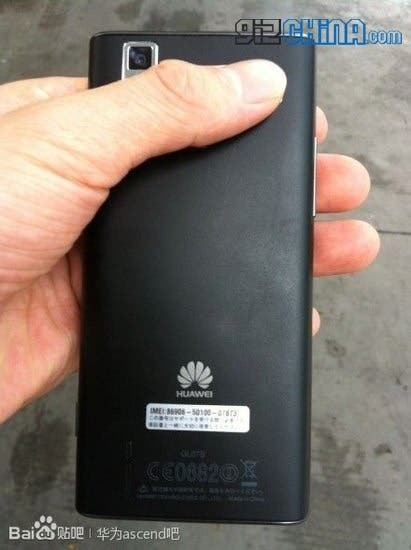 According to sources the P2’s rear camera is a 13 mega-pixel sensor capable of recoding 1080 video, however in these photos the photographers thumb is obscuring the cameras markings.

The Huawei Ascend P2 is expected to be unveiled at MWC at the end of this month and will be available in either 1GB or 2GB RAM options with pricing starting from 3000 Yuan ($481).