As one commenter mentioned the other day, I think we are being spoilt by Chinese phones and their high specifications. Take the Star B943 for example, it costs 1299 Yuan ($208) boasts a quad-core processor, 12 mega-pixel rear camera and 4.7-inch display! Sounds good right?

Until we look a little closer that is. The display is a QHD unit meaning a low resolution of just 960 x 540, the camera is ‘only’ 12 mega-pixel while cheaper phones are packing 13 mega-pixel sensors, not to mention 720p displays, and the OS is Android 4.1 rather than the latest 4.2 Jelly Bean!

But is this all really that bad? Even with just 1GB RAM the Star B943 with it’s 1.2Ghz quad-core MT6589 still manages an Antutu benchmark of 13180 (possibly due to the low resolution) which is higher than the JiaYu G4. 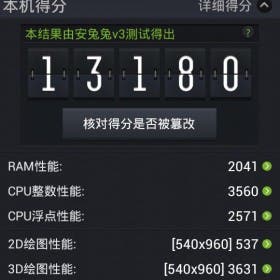 Like other similar phones the quad-core Star B943 offers an SD card slot to expand memory if the on-board 4GB isn’t enough, there is support for two SIM cards and there is even a good size 2000mAh battery too.

Best of all is that the Star B943 is on sale now. There are no delays, and rough launch dates. This is a phone which can be bought and enjoyed now! So what do you guy’s think? Is the Star B943 too little for too much or does it still represent a good buy?

Previous TCL P606 is a quad-core phone for those who think 4.5-inch is enough

Next Newman K1 specification signals a move back to Mediatek and some interesting choices!