The last time we saw Galapad they had released an Android tablet to rival the Nexus 7! Now they have a phablet on sale with HTC One looks and an easy to afford price!

The front of the Galapad Galaxy 6 could be mistaken for the flagship HTC One, if the HTC had a large 6.3-inch display! Slim alloy panels sit above and below the display and a black frame gives the phone a moden slim appearance. 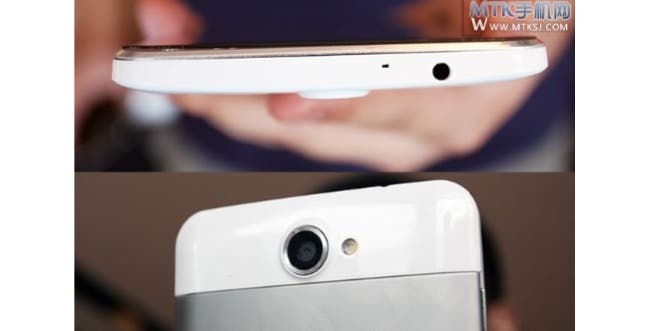 A plastic rear helps to keep costs low, which the curved shape will help make this monster phablet feel at home even in smaller hands.

What is surprising though is the price tag for the Galapad Galaxy which is said to be only 1500 Yuan ($244)! We really like the look of this part alloy phablet and hope a higher specification version with MT6589T CPU and 2GB RAM might made an appearance in the near future.