Oppo are claiming in their new Facebook post that the Oppo N1 will “Blur Lines between smartphones and DSLR cameras.”

Oppo have posted another teaser of the Oppo N1 on their official Facebook page. The teaser again talks about the advanced rear camera system the N1 will feature, which many believe is name the N-Lens and will work similar to the new Sony QX lens system. 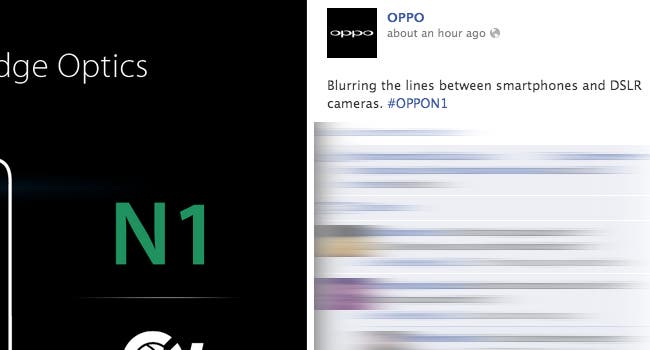 We can also see that the Oppo N1 will feature Pure Image, cutting edge optics and, by the look of the rear of the phone image, a rather large camera lens.

Previous Which next generation Chinese phone is next for you? Xiaomi Mi3, Oppo N1 or Meizu MX3?