Blu Products, the US based smartphone firm today announced the Studio 5.5, a phablet with a 5.5 inch screen true to its name. The device will be powered by the uber-popular MediaTek MT6589 chipset.

The 5.5 inch panel on the Studio 5.5 will have a 2010-esque FVWGA resolution of 854×480 pixels, accounting for a rather poor pixel density. Other specifications of the device include a 1.2GHz quad core processor (MT6589, as mentioned earlier), a 5 mega-pixel rear camera with LED flash, front-facing VGA camera, 1GB of RAM and 4GB of ROM with a microSD slot for further expansion by up to 32GB. The device will be powered by a 2,250mAh battery.

The Blu Studio 5.5 is priced at $179, and will come in 5 colors; namely — Slate-Grey, Cyan-Blue, Neon-Yellow, Fashion-Fuchsia, Ceramic-White. The phone will be available in 30 markets across Latin America. 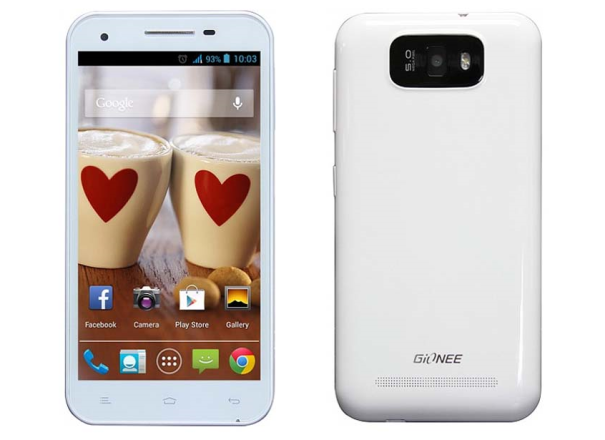 In another bit of news, Gionee launched the GPad G3 in India earlier today, a device, which to us seems like the face behind a re-branded Blu Studio 5.5. You can refer to the picture of the GPad G3 above and see for yourself.

Next Slender Huawei Ascend P6 now on sale in Kenya