Even with 8-core phones, 2K equipped beasts and innovative camera designs, the low-cost Xiaomi Hongmi remains one of the most sought after handsets to date, and the good news is a WCDMA model is on the way!

Priced at 799 Yuan in China, the Xiaomi Hongmi is one of the most affordable Android smartphones currently available from a big name brand and a decent specification. The issue with the Hongmi though is the fact Xiaomi chose to use a variant of the quad-core MT6589T(T) chipset which only supports China Mobile’s TD-SCDMA 3G networks. For months now we have heard rumours that a China Unicom WCDMA model is coming, but until today we had now official statement from Xiaomi themselves! 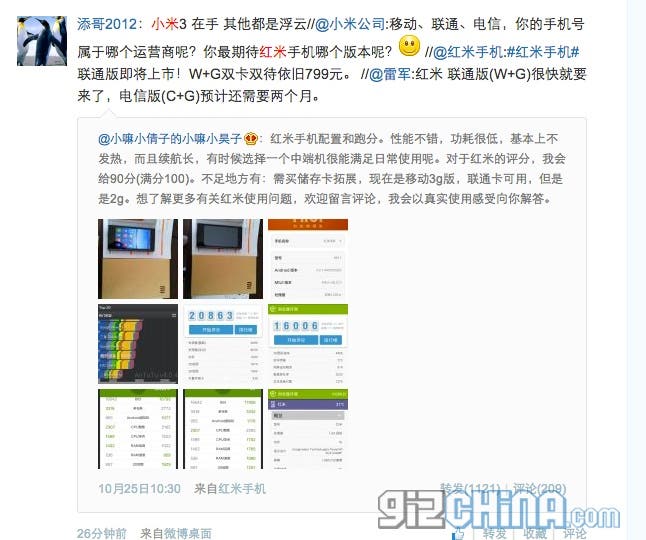 Co-Founder and CEO of Xioami, Lei Jun, has finally set the record straight though confirming that a dual-SIM WCDMA + GSM Xiaomi Hongmi is planed. We still don’t know when it will launch but at least we now know for sure it is!

Previous Mystery JiaYu gets a name and sub $100 price!