In the past Huawei had launched Honor phones as mid-range devices, but with pressure from Xiaomi’s successful Hongmi, and low-cost mid-range devices from rivals ZTE’s Nubia brands, Huawei have had to reinvent the range. 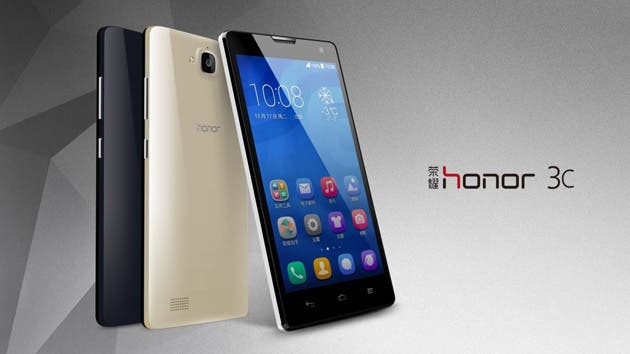 The Honor 3C gets the same naming system as Apple’s entry-level iPhone 5C, and has a design which is almost identical to the Xiaomi Hongmi that it goes to market with the aim of beating.

Like the Hongmi the screen is a 720p (1280 x 720) unit, but measures in at a slightly larger 5-inch, a 1.3Ghz quad-core MT6582 processor offers enough power for a low-cost smartphone, and interestingly Huawei are offering both 1GB RAM and 2GB RAM options.

Other highlights include a 2300mAh battery, 8 mega-pixel Sony F2.0 aperture rear camera, micro SD card expansions and dual-sim with support for WCDMA, GSM and TD-SCDMA. Pricing starts at 798 yuan for the 1GB model rising to 998 Yuan for the 2GB option.

Pricing of the Huawei Honor 3X is 1698 Yuan, which has it in direct competition with the Xiaomi Mi2S with only a single sim, no SD card slot, 4.3-inch display but a Snapdragon 600 processor from Qualcomm.

Both the Huawei Honor 3C and 3X will go on sale in China through JingDong mall and large electronics retail chains. There is also the possibility that the phones could launch outside of China some time later this year!

Next What is TD-SCDMA?