On the dawn of the Vivo Xplay 3S launch a new mystery 8-core Vivo device has appeared in the Antutu benchmark database scoring over 27,000 points.

Named the Vivo X3S, the mystery 8-core phone most probably is based on the current 5.56mm thin Vivo X3, the ’S’ meaning it has bee updated with a faster 8-core MT6592 chipset running at 1.7Ghz. 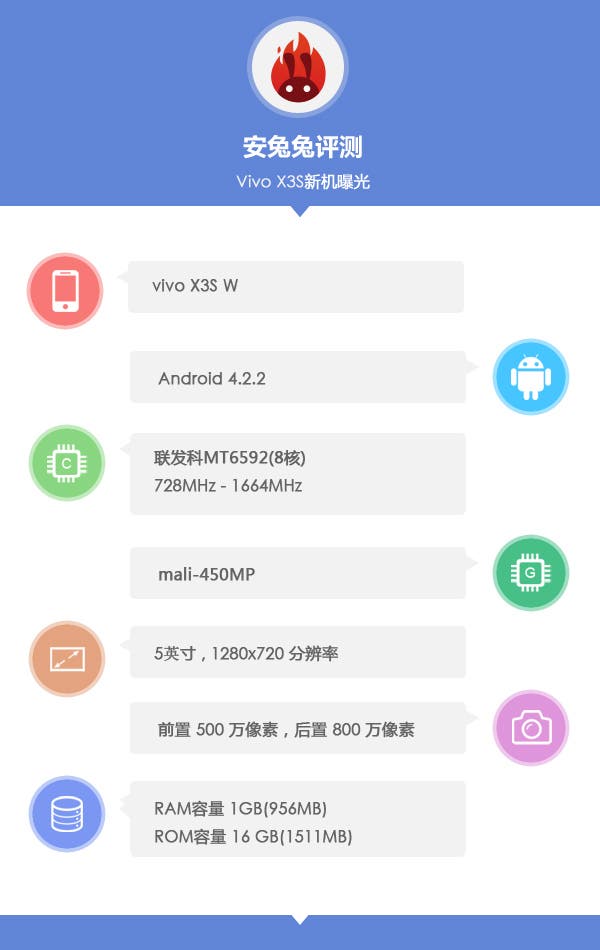 The current X3 has a 1.5Ghz MT6589T which is more than enough for the 5-inch 720 x 1280 display phone, but the addition of the 8-core chip might also improve battery life in the ultra thin smartphone. According to the benchmark the rest of hardware remains the same in the X3S including a 5 mega-pixel front camera, 8 mega-pixel rear, 16GB memory and just 1GB RAM.

It is unclear when the 8-core Vivo X3S will launch but today seems likely.