Hisense is in the news again, thanks to the array of smartphones that they’ve released in China, six in total all featuring fast 4G LTE connectivity!

We talked about Hisense not long back when they showcased the Snapdragon 800 powered Hisense X1 and the VIDAA box. This time round, the company has released 6 smartphones into the Chinese market, including the Hisense X1. The Hisense  X1, X9T, X8T, X68T, X6T, and X5T come with varying specs sheets, and are expected to fall in different price brackets as well. 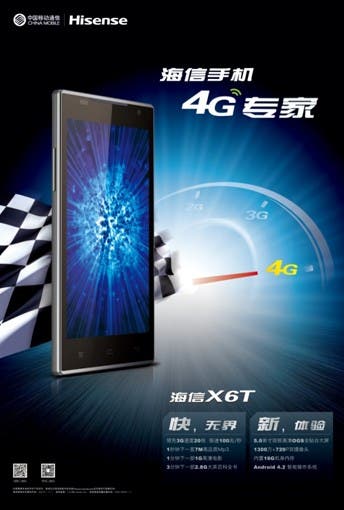 Hisense is clearly not hiding its affinity for large screen phones. All 6 of these devices come with a 5 inch display at least, which in itself is considered large by some. The devices will run Hisense GUI 3.0, their own take on the Android OS.

Next Huawei Ascend Mate 2 now official in China for $440