After months of wait, fans in India might finally be able to avail OPPO’s first phablet, i.e., the OPPO N1 in the country starting later this month.

According to reports, the Chinese company will be hosting an event in the country on the 30th of this month after which the OPPO N1 is expected to be made available to buyers in India. Among other guests, top Bollywood stars including Hritik Roshan and Sonam Kapoor are expected to be present at the event. 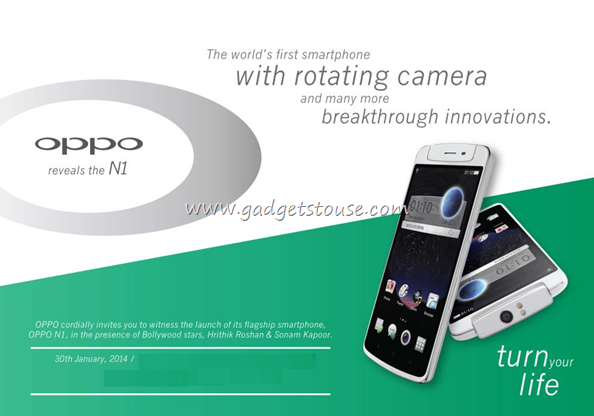 No word on pricing yet, but we expect the phablet to be available for under 30,000 INR, giving the Gionee Elife E7 a run for its money. It is expected that the ColorOS version of the device will be the one to be showcased, and not any other variant.

Next Winners of all 5 GizChina site giveaways announced