After a short stint with the rumour mills, the red variant of the premier Google Nexus series smartphone is now here and official.

This one’s for the extroverts. We think the device is even brighter than the Bright Red Google suggest it is. It is now in company with two other colour variants of the Google Nexus 5, White (Panda) and Black. Google suggests that the Red variant ‘shows off your personality’ and we agree. Perhaps not a particular trait, maybe just how in-the-face sort of a person you are. 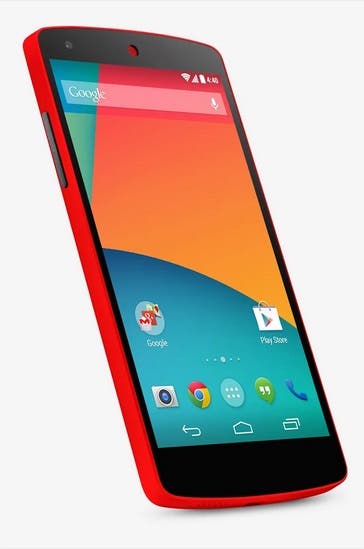 Pricing, features and specs remain the same at $349 for the 16GB variant and $399 for the 32GB one. Google promises to start dispatching the device 1-2 days after receiving your order.