Nubia are telling us their next phone will be the Nubia X, and tipsters are saying this is the first spy photo of the new device.

Since ZTE launch the Nubia brand early last year, they have launched the Nubia Z5, Z5 mini and a few updated versions known as the Z5S, Z5S mini plus LTE variants. White the Nubia site seems chocked full of phones and options, there is one demographic that is not catered for! The phablet fan.

Nubia look to soon have this sorted though as the brand have announced a new device named the Nubia X is coming soon. Tipster have helped confirm the existence of the new model by promptly leaking the above image. 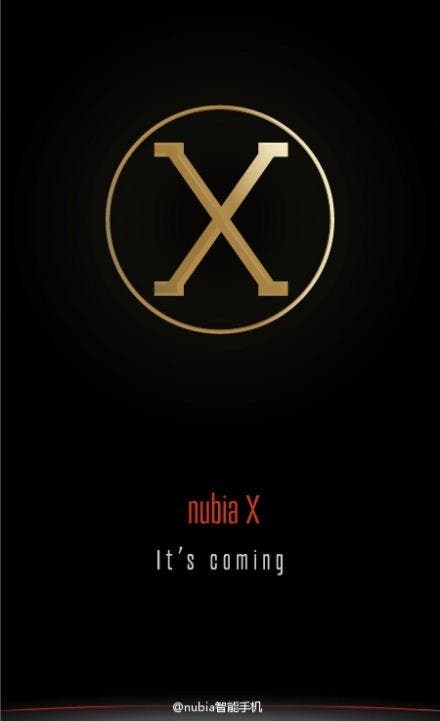 According to reports the Nubia X is a 6-inch device, and from previous Nubia phones we can safely assume it will be running a Qualcomm processor. As for full specification we’re going to have to wait and see.

Previous Omate Truesmart shows off in a bunch of new colours!