One of Huawei’s new models is the 8-inch Huawei Mediapad M1 and GizChina.es Editor-in-Chief, Eduardo, managed to get some hands on time with the device.

Anyway, the Huawei Medaipad M1 is the larger of the 2 tablets with an 8-inch display (1280 x 800) and a HTC One style alloy body complete with front facing speakers. Huawei also provide the 1.6Ghz processor, there is a 4800mAh battery and 4G LTE support. 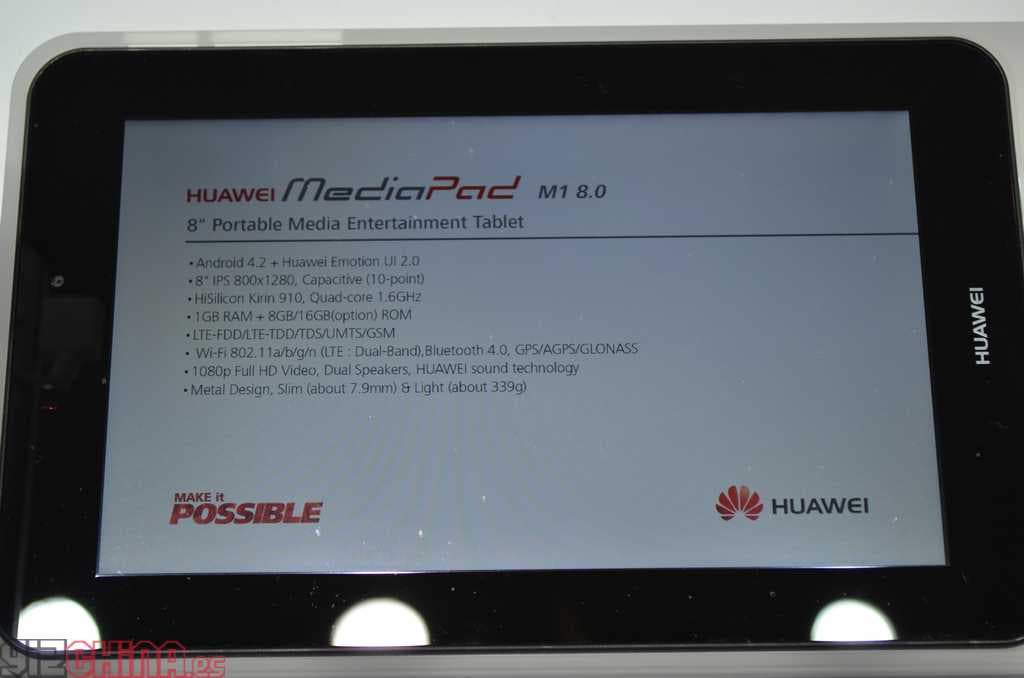 Huawei have blurred the lines between phone and tablet once again with the Mediapad M1. The design is a lot like a modern smartphone, and it offers call functions, messaging and 4G LTE data connection. The size is very much a tablet though, there is no way we can call an 8-inch device a phablet (can we?)

Overall first hands on impressions are positive. The design is nice, the screen is of a usable size for media consumption and creation and the alloy body is sturdy but lightweight!

Huawei plan to launch the Mediapad M1 in a number of countries starting with the UK next month.

More hands on videos from Eduardo at MWC soon.

Next MWC: Hands on with the Huawei Ascend G6