Benchmark scores of both variants of the HTC One M8 have surfaced, and as expected, the 2.5GHz Asian variant of the device finds itself well ahead of its US/European cousin.

The HTC One M8 was released yesterday with a 5-inch 1080p screen and Qualcomm Snapdragon 801 processor. As expected, HTC will distribute separate variants for Asian markets, with a 2.5GHz AC variant of the SoC on board, whereas other markets get a standard 2.3GHz AB variant. But, like we said, the 2.5GHz variant of the One M8 topples devices off the chart. 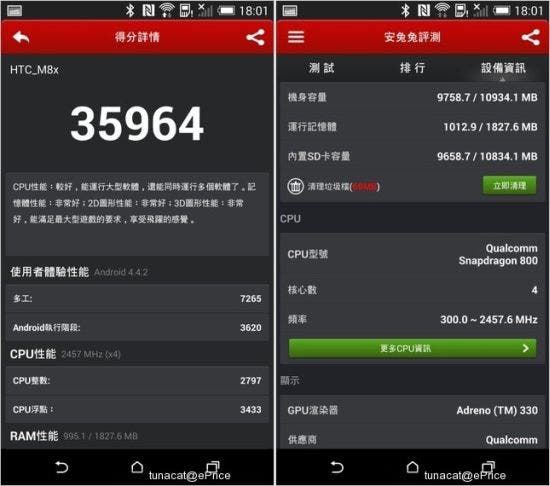 While the 2.5GHz Snapdragon 801 (AC) version managed a score of 35,964 points, a Verizon branded HTC One M8 lagged behind with just under 30,000 points (29,431). While this can be accredited to the higher clock frequency on the Asian variant, one cannot rule out the possibility of the Verizon HTC One M8 having suffered due to OEM customizations and other software inefficiencies. 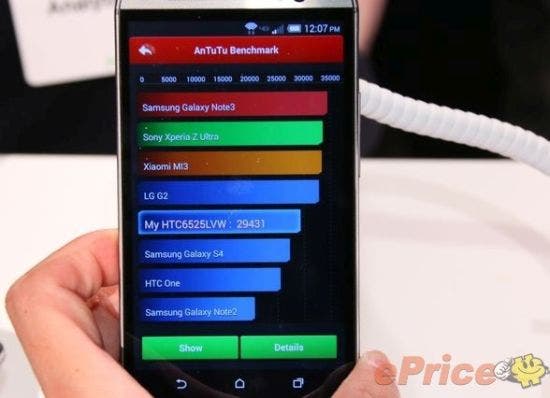 Not that benchmarks are the only paint in the palette, but one does like to stay on top, especially when it’s a flagship smartphone we’re speaking. Nonetheless, we expect things to get clearer as the HTC One M8 begins circulation.