Piriform’s CCleaner has been my (and many others’) preferred desktop maintenance tool for as long as I can remember, and today is when the nifty application made its way into the Android ecosystem.

The app is only in beta stage right now, which means it may have all the bells and whistles you hoped for, but might not work as expected. That’s not a problem though, Piriform has been rolling out quality tools like this one so you can expect them to perfect the app within no time. 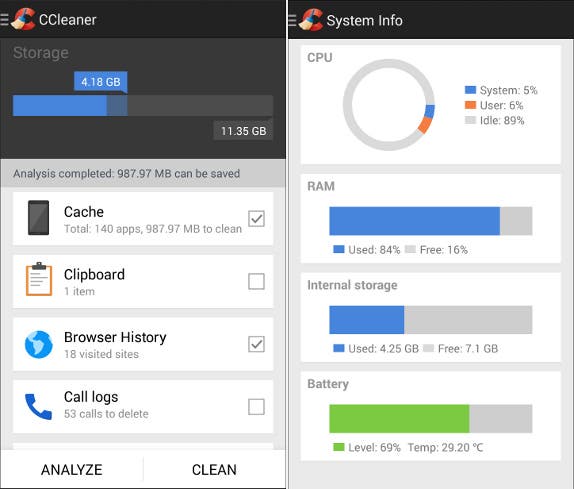 Among other features, the CCleaner Beta allows you to clear your device’s cache, call logs, clipboard and bulk uninstall applications. To be able to try the app on your droid, you will have to either (i) wait for a retail version of the app to make its way to the Play Store, or (ii) Join the CCleaner community on Google+, sign up for beta testing, and finally download the beta version of the app from the Play Store.

If the Android version of the app is nearly as good as the desktop version, we foresee the app being quite a hit among power users.

Next Rumor: 'Android Silver' To Give Premium After Sale Service To Qualifying Phones