Elephone have sent over a sample of the affordable Elephone P7 Blade to take a look at, here are unboxing photos and first impressions.

This is the second Elephone we have been sent to try out, the first was the P6 which we were pleasantly surprised with when we reviewed it last year. Elephone have come a long way since the P6, and now their range is made up mostly of more ‘unique’ designs rather than ‘inspired’devices.

Before actually seeing the phone in the flesh I had seen plenty of photos of the black bodied phone with red highlights, and was eager to see if the look would translate well in to real life, here is are my first impressions.

Elephone P7 Blade – in the box 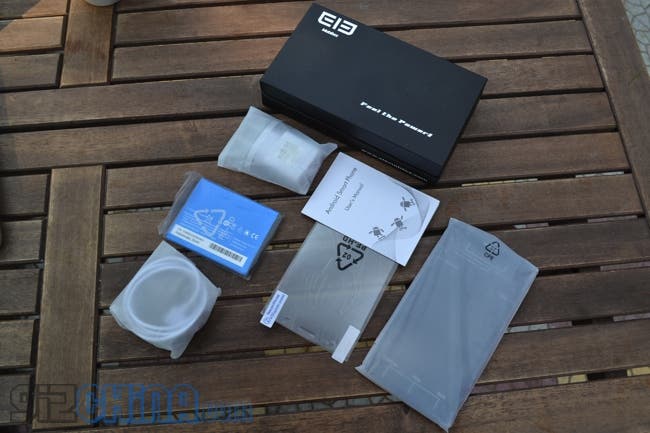 Upon removing the tightly fitting lid from the black and silver box you come to see the Elephone P7 Blade itself, safely wrapped up in a plastic wrapper. Lifting the phone out and underneath a cardboard patrician there is also an included screen film, USB data cable, charger and an instruction manual. No ear buds are included, which is fine by me as they are usually of low quality on these more affordable phones.

Slipping the phone from its packing reveals for the first time (for me at least) the black and red body of the phone. In all honesty I was hoping it would look a little better in real life, but that is just my personal preference. 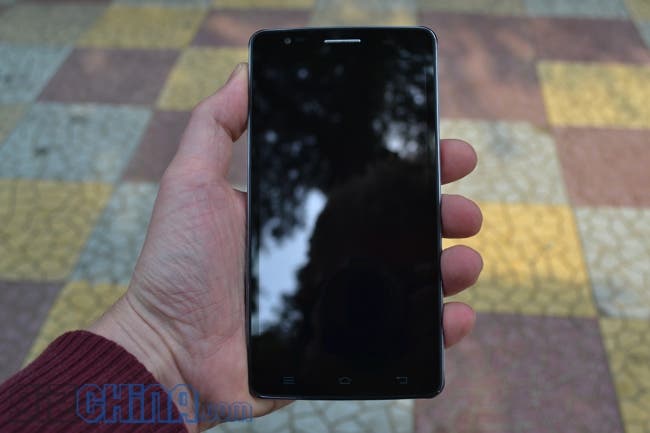 The P7 Blade has a 5.5-inch display, but to keep the price down uses a low resolution 960 x 540 panel. Another cost cutting decision is the thickness of the bezels which has an effected on the overall width of the phone, making the Blade wider than the Oppo Find 7 and as wide as the 5.7-inch iOcean X8. 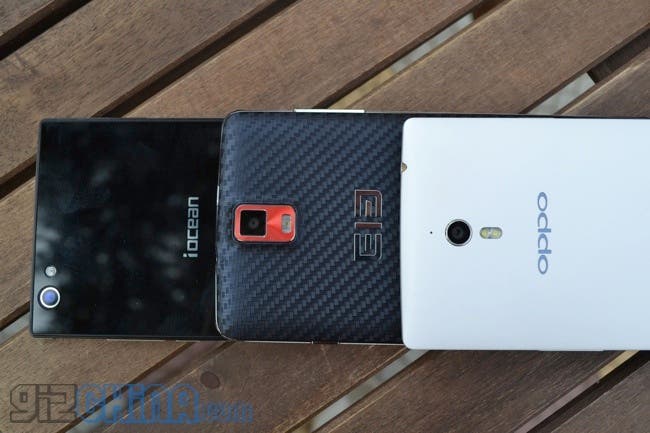 These choices help to keep the cost low, but do make the phone less comfortable to hold than other options, but considering it costs only $99.99 (international price) I’m sure most people won’t mind. 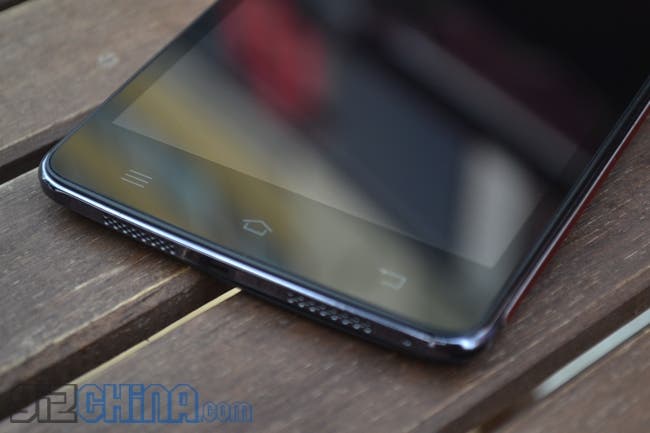 Below the display are 3 capacative touch buttons, and above a front facing 2 mega-pixel camera.

The edges of the Elephone P7 blade are highlighted with red on the left, where the volume rocker is located, and right where you can find the power button. These are the only physical controls on the phone and don’t sit quite in the center of the phone but this does not cause an issue when in use. 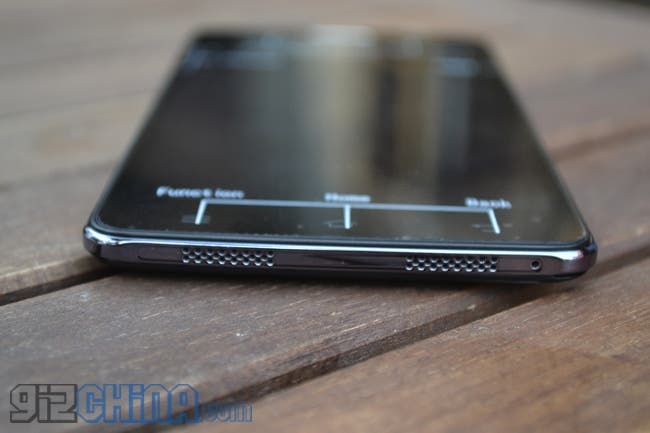 Speakers are located in the base of the phone, while the Micro USB and 3.5mm headphone jack live on the front. 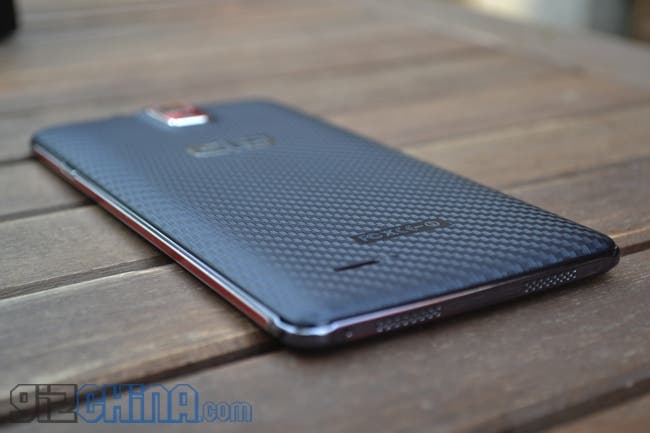 The black textured rear has been made to look like carbon fibre and is something you will either love or hate. The Elephone logo is located in the center and an 8 mega-pixel rear camera with LED flash protrudes from the back a little further up. 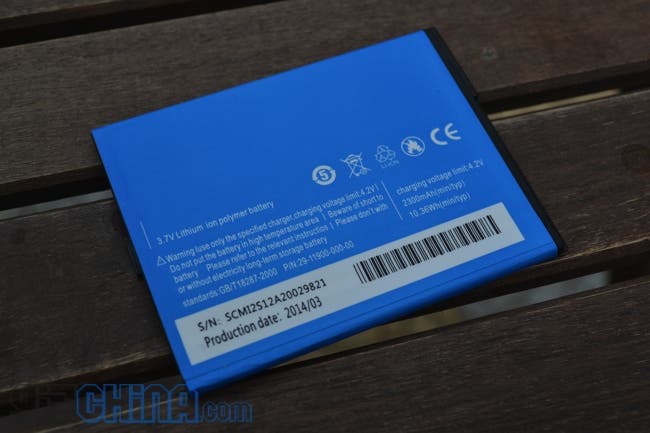 Pull the rear off and this is where you fill find the removable 2300mAb battery. Dual SIM are also supported, but in this case you can use two regular size SIM cards rather than one normal and one micro, and lastly there is space for a micro SD card. 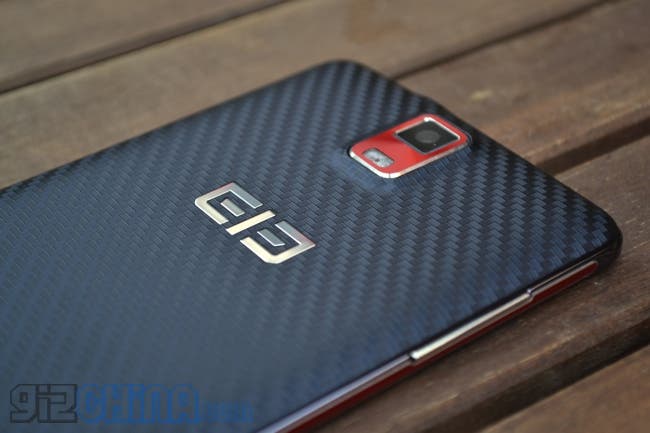 Overall Elephone have done a good job at trying to spruce up the look of a low-cost phone, and on the whole it has worked. If you don’t like the black and red there is also the option of white with red too. 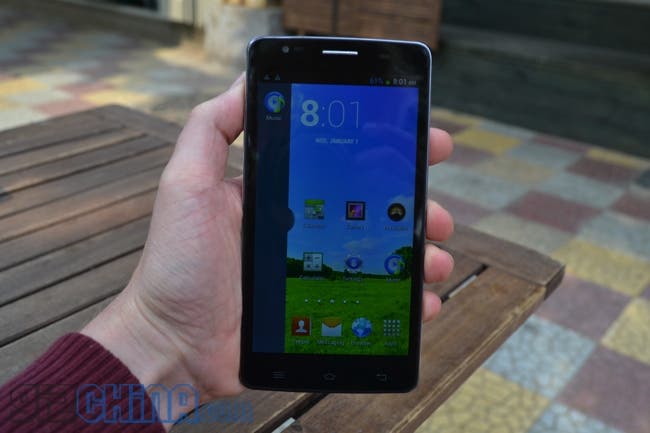 I’ve been playing around with the P7 Blade outside in the sun and find the OGS display to be bright enough to be seen and being a thinner OGS panel offers better viewing angles than a phone of this price ought to. 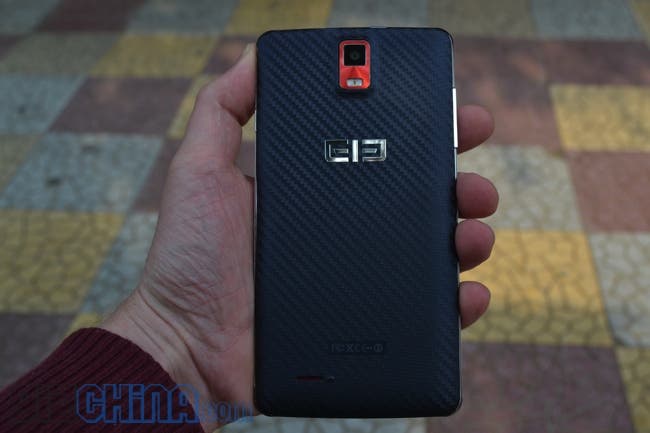 Elephone haven’t got around to updating their quad-core phones, so the P7 Blade and it’s Mediatek MT6582 processor is still running on Android 4.2 rather than 4.4k Kitkat. The ROM isn’t entirely stock though and has the look and feel of Samsung Touchwhizz.

I haven’t looked at photos taken with the rear camera on my computer yet, but can see that even taken on a bright day they the 2.8 aperture isn’t letting in as much light as I might like and images are darker than they should be, I assume that low-light photos will be quite noisy.

The reviews are piling up here, but I hope to get around to finishing the Elephone P7 Blade off sooner rather than later. In the meantime you can get more details of this $99.99 octacore smartphone from the official Elephone website.

Next Update: First official photos of the Vivo Xshot! Follow the launch!