Earlier today, popular Chinese manufacturer Coolpad hosted an event here in China which saw the release of multiple smart devices, including a 7-inch tablet (if you still call those tablets), an Android powered TV box and a smartwatch.

Staring with the 7-inch tablet, it is nothing but an updated version of the popular Coolpad Halo. While the pricing stays the same at 1,888 Yuan ($300), the device now gets the updated and more powerful MediaTek MT6592T octa-core chipset that operates at a healthy 2GHz as opposed to 1.7GHz on the basic version. Not only that, internal storage on the device too gets a bump, and now stands at a more respectable 16GB against the 8GB that it came with earlier. RAM stays at a good 2GB, but now allows faster access thanks to it being based on the DDR3 technology. 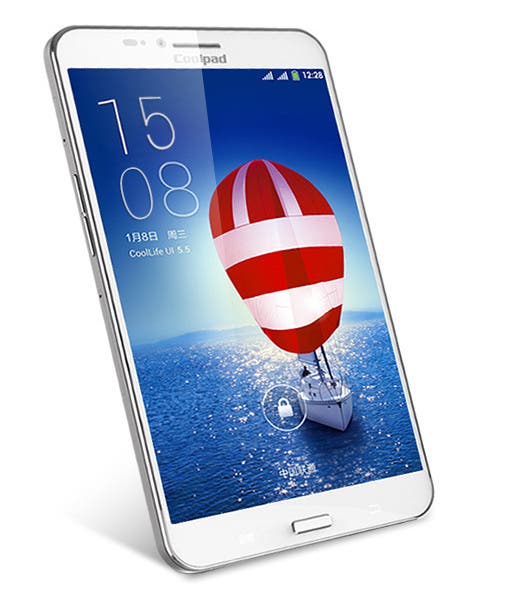 Moving on to the Android STB, the device is what has been leaking through the past few weeks, dubbed ‘God Box’. It’s an entry level TV box which would primarily find purpose in streaming videos among other basic usage. It comes powered with a dual-core AllWinner A20 CPU that operates at 1GHz, and is paired with 1GB of RAM and 4GB of on-board storage. Like many other TV boxes trending today, the God Box too comes with dual band — 2.4GH/5GHz — WiFi and runs Android v4.2 Jelly Bean. Although specifications on this baby are pretty basic, Coolpad have still done well to make it sound exciting with a price tag of just 199 Yuan ($32). 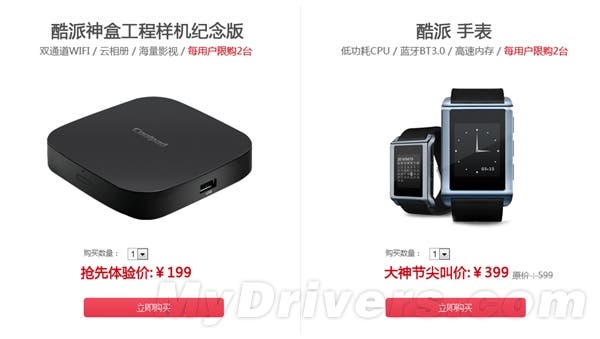 Lastly, Coolpad also launched a smartwatch with some basic functionality to play second fiddle to your phablet. It comes with a rather small 1.25 inch display that is made up of a 144 x 128 pixel matrix, and can be used to accomplish basic interactions with your phone such as SMS, alarm, etc. It pairs up with your phone using Bluetooth, and according to Coolpad, the device has enough juice to take you through 4 days of usage or 8 days of standby. The smartwatch comes with IP54 certification which is more need than luxury, and is priced at 399 Yuan ($63).

Next Xiaomi's back: Mi3 sells out in 17 minutes in Malaysia