Although this would’ve been much much better if LG would’ve been able to keep it a surprise, we’d still take it. Ladies and gentlemen, say hello to the first 2K smartphone from LG, the LG G3!

Boasting a 2560 x 1440 pixel resolution across a 5.5-inch display, the G3 churns out a pixel density of 538 ppi, akin to China’s own OPPO Find 7. Speaking purely numbers, this beats the two most talked about flagships (well, internationally) with ease — the Samsung Galaxy S5 and the HTC One M8, both of which feature a 1920 x 1080p resolution and smaller displays. 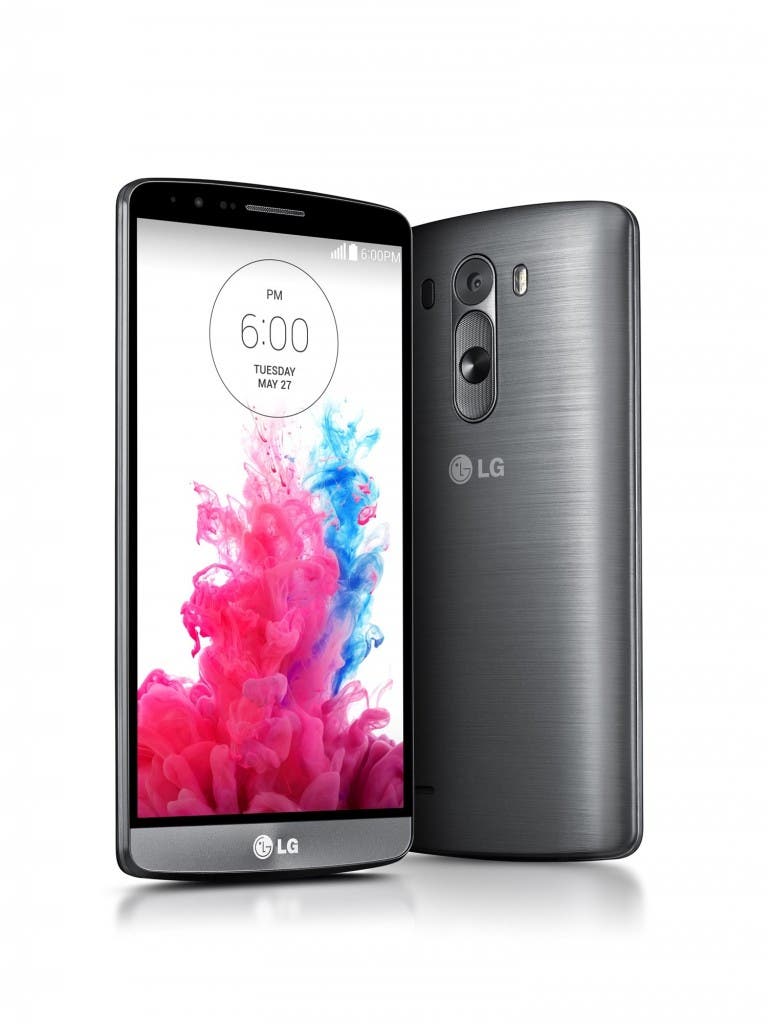 The display, or to be specific, the display resolution remains to be the headliner, however, LG have also duly bumped up the imaging department on the device. While there isn’t any change on the megapixel count, the 13 mega-pixel shooter on the G3 now comes with what LG call ‘laser autofocus’, something we haven’t ever seen previously. According to the company, this will allow users accurate autofocus in a lot less time.

What’s impressive is that the G3 will have not only a removable battery (3000mAh), but a microSD slot as well; looks like the manufacturers are going back to their roots. 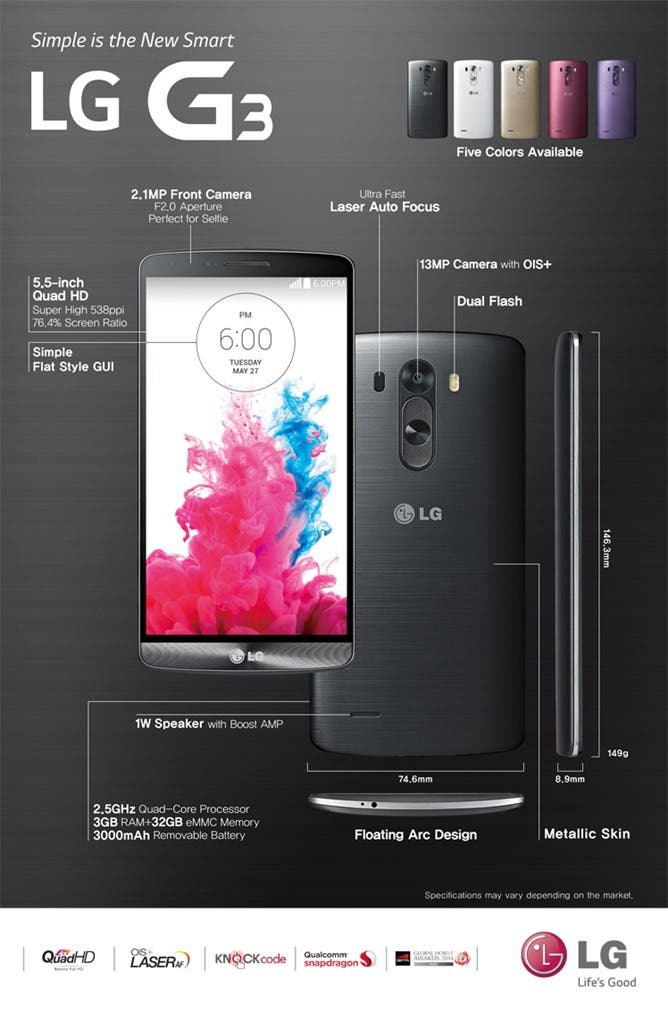 Other specifications of the G3 are pretty much what you can already guess: Snapdragon 801 CPU, 2GB/3GB RAM, 16GB/32GB ROM, a 2.1 mega-pixel front shooter and the usual radio — NFC, GPS, Bluetooth, WiFi a/b/g/n/ac with the addition of wireless charging via the Qi standard.

In typical LG fashion, the device comes with a rear mounted power/volume key combination. Unlike the HTC One M8, the G3 isn’t going to feel premium (or so we speculate) since the brushed aluminium you see isn’t brushed aluminium. It is, in fact, plastic made to look like metal.

The device will be available in LG’s home country South Korea starting tomorrow, with other markets to follow in June.

Next Oppo N1 Mini To Be Revealed Friday