Huawei aren’t stressing their new Hisilicon Kirin 920 in the Huawei Honor 6, and specs show there could be more to come.

The Huawei Honor 6 launched earlier today, and what an impressive package it is, but compared to what the onboard processor can handle the 6 is just a baby!

During the Honor 6 launch, which has a 5-inch 1080 display, LTE and 3GB RAM, Huawei also disclosed features of the Hislicon Kirin 920 which breaths deep within the phone. Officially the processor is capable of driving screens of up to 2560 x 1600, play and record 4K video and is also the first to support category 6 LTE. 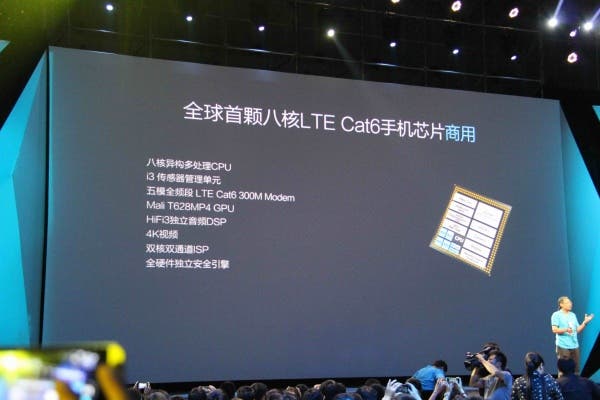 Huawei even shared Antutu benchmarks of the Kirin 920 showing an amazing benchmark of 40700, making it one of the most potent processors on the market.

We believe Huawei aren’t finished with the Kirin 920 and we could see something else launched later in the year which could shake up the next generation of 2k phones.

Next Everything else from the Huawei launch today