The Xiaomi launch is over and as predicted, and leaked the star of the show was the all new Xiaomi Mi4 flagship phone. So let’s take a look at what the Mi4 has to offer.

If you had already seen the Xioami Mi4 specifications then you will have already seen that there are few (if any) surprises, and that the leaks were pretty much spot on. As tipsters had been telling us for the past few weeks, the Xiaomi Mi4 has a 5-inch 1920 x 1080 display, 2.5Ghz Snapdragon 801 processor, 16-64GB memory, and a 13 mega-pixel rear camera. If you think those specs sound familiar well you would be right as they are almost identical to the Xiaomi Mi3 other than the upgrade to 3GB RAM, 8 mega-pixel front camera and the 3080mAh battery which supports fast charging. LTE is also in there to, but it would have to be to compete with rival phone makers. 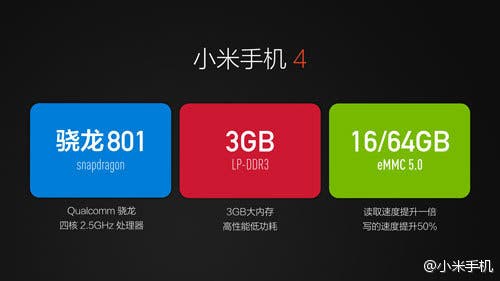 Rather than going for killer specifications, Xiaomi instead have decided to concentrate on design and build quality this time around. We can say that without doubt the Mi4 is the best looking Xiaomi phone to date, and it features better materials too. But, it isn’t the best looking phone on the market and certainly not as good-looking as the OnePlus One, Vivo Xshot, or what we hope the Meizu MX4 will look like.

The body is mostly plastic with a stainless steel band around the center. This band is similar to the iPhone 5S, and Huawei P7, and is where you will find the tray of a single SIM , 3.5mm headphone jack and micro SIM. Xiaomi are really proud of the stainless steel construction of the Mi4 and went in to great lengths explaining the process and even giving show attendees an Mi4 chassis as a free gift. 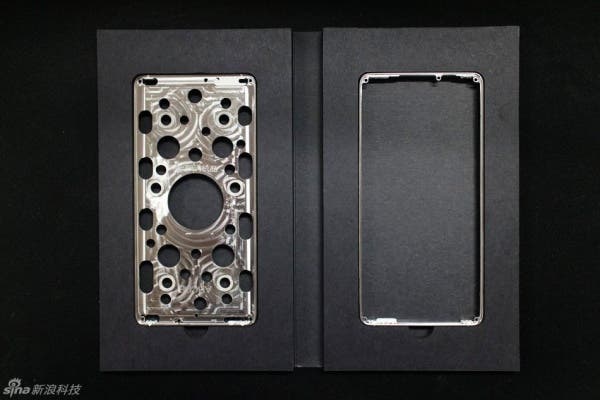 While we are speaking about the body, it seems old dogs can learn new tricks, and Xiaomi have learned something from one of the tech industries youngest, OnePlus. Just as the OPO gets optional rear panels in wood, baby skin and sandstone, the Xiaomi Mi4 will also get a similar treatment with wooden, denim and other rear panels. 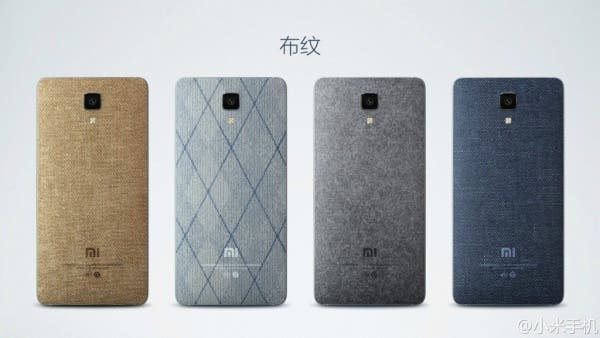 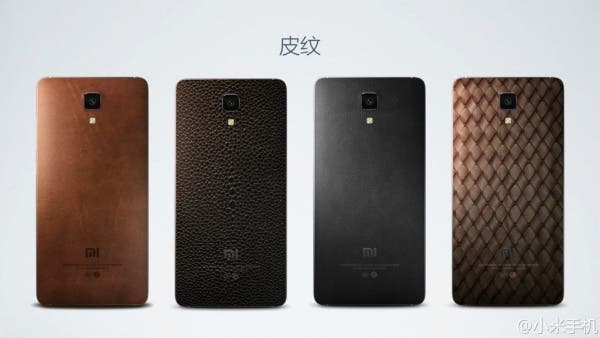 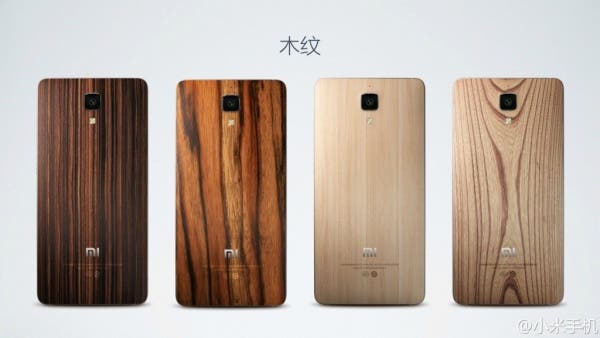 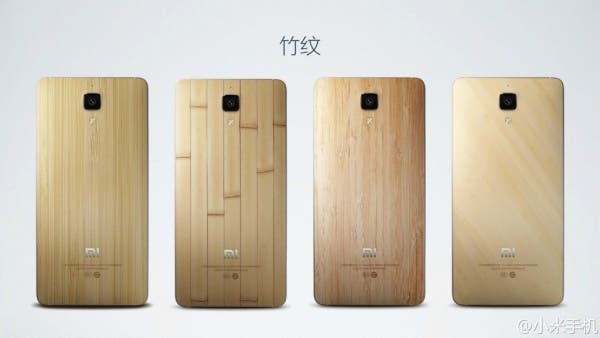 What about the price? Well there is no surprise there! The 16GB Xiaoim Mi4 will cost just 1999 Yuan while the 64GB version costs 2499 Yuan.

So what do you think of the Xiaomi Mi4? Personally on the one hand I am happy to see a phone maker who realises they don’t need to squeeze in 4GB RAM, Snapdragon 810 CPU and 2K display to draw in the crowds and rather work on design and build. On the other hand, if I were in the market for a Xiaomi, I think it is probably a great time to pick up an Mi3.

Next Xiaomi Mi Band launched and it costs only $13