3 of the best compete head to head in a benchmark war but who will win? The all new Xiaomi Mi4, the surpassing Huawei Honor 6 or the OnePlus One?

Try launching a smartphone in China and not have every single detail from it splashed around the web in less than 24 hours. It’s something every Chinese manufacturer has to carefully prepare for, especially when there are worthy rivals waiting in the ranks.

The Xiaomi Mi4 hasn’t even been released to buy yet, but someone has managed to run all the most important benchmarks on the phone, and better still compare the new Mi phone to the Huawei Glory 6 and the OnePlus One.

In China each of these phones costs from just 1999 Yuan ($320), and each boast killer features for that low price. If you were to use one of the other you would find them each to be fast and dependable, but there can be only one winner in a Benchmarks war!

Just a word on the test. The OnePlus One is the Chinese version running ColorOS (but in our tests it makes very little difference the the benchmarks over CM11S), the Mi4 is a pre-release phone and the Huawei is the only one of the 3 not to have a Qualcomm Snapdragon processor. 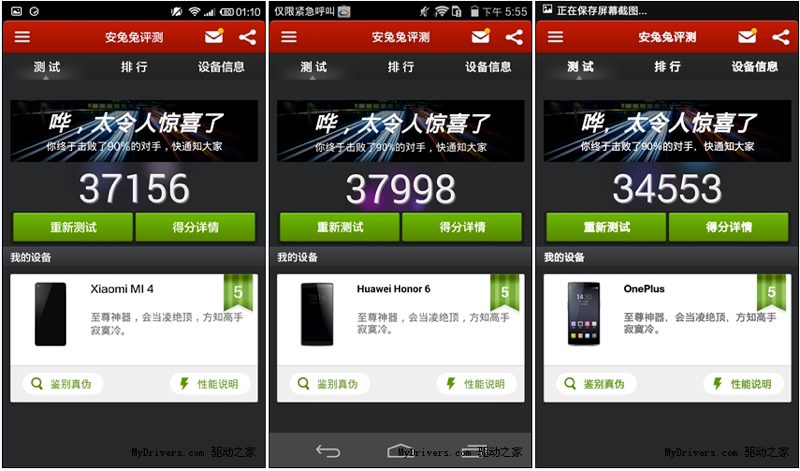 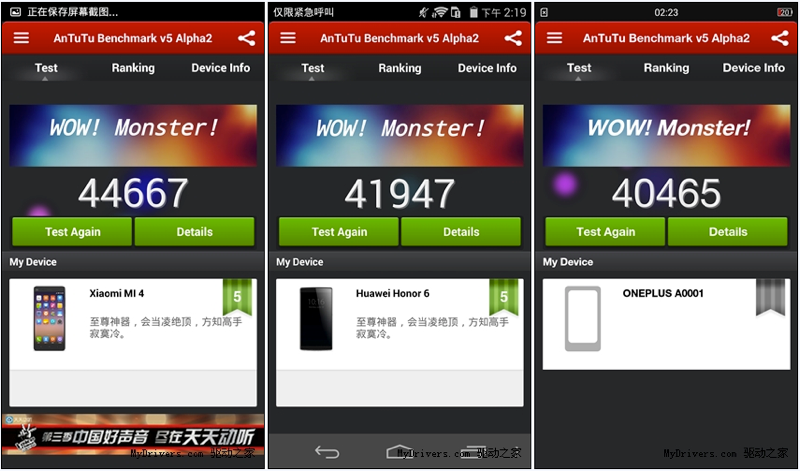 Xiaomi Mi4 vs Huawei Honor 5 vs OnePlus One 3D Mark 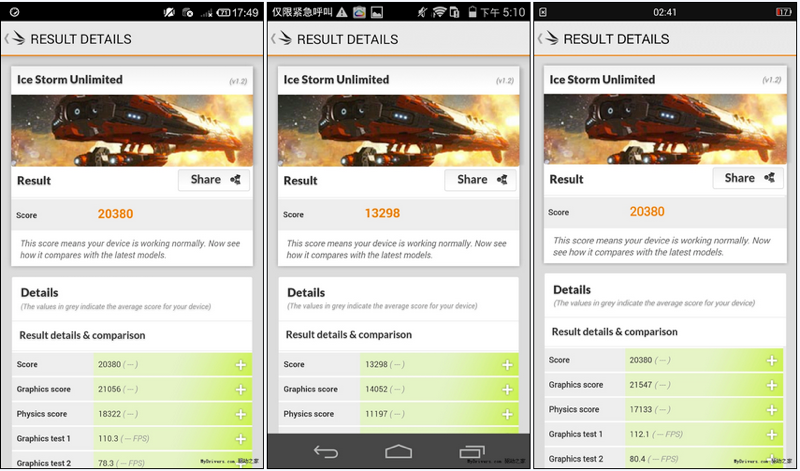 Xiaomi Mi4 vs Huawei Honor 5 vs OnePlus One GFX Bench 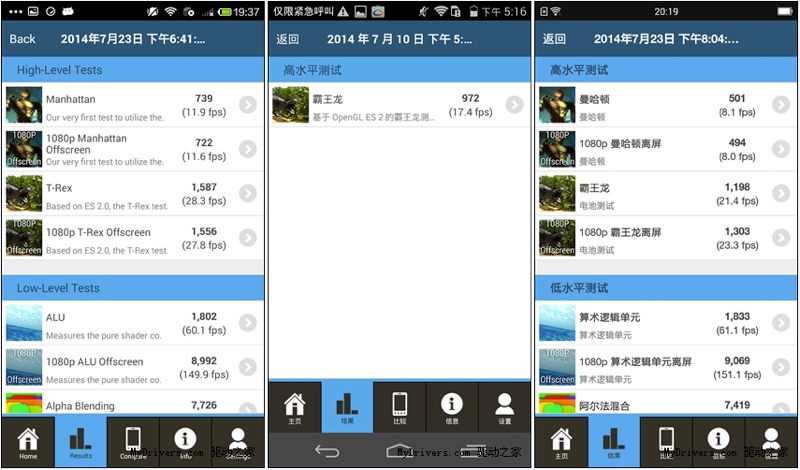 Xiaomi Mi4 vs Huawei Honor 5 vs OnePlus One – Result

In Antutu the really surprise is that Huawei Honor 6 and it’s Kirin 920 processor. It is quite shocking to see the Huawei machine (and Huawei chip) out perform the OnePlus One and keep up with the Xiaomi Mi4.

The same cannot be said about 3D Mark where the Huawei’s Mali 628 GPU simply cannot match the output of the Adreno 330 CPU.

From these benchmarks we can conclude that the Huawei Honor 6 comes 3rd, the OnePlus One a solid 2nd and the Xiaomi Mi4 shines though to take the win. Not only does the Mi4 do better in Antutu than the other phones, but it has solid and stable GPU performance too.

In real life usage the OPO and Mi4 are going to be hard to tell apart and both are going to be fast dependable gamers and daily phones. The Huawei Honor 6 is also a fast device and for usual use you won’t see an issue, and in reality most current games aren’t going to stress the Kirin CPU too much.

Our take, which ever you choose you are going to have a great phone, and with prices like this you won’t have to save up long to choose the next flagship that takes your fancy.

Is this what you expected from the benchmarks? Did one phone perform better than you had expected? Let us know in the comments below.

Previous OnePlus Answers the the Xiaomi Mi4 launch with 5000 invites

Next So how many Mi3 units did Flipkart actually sell before going out of stock?