KingSing have taken advantage of the new Windows licensing rules and have launched the KingSing W8, an 8 inch Windows tablet for less than $100.

The KingSing W8 is the first tablet from the phone maker and the first device from them which runs Windows OS rather than Android. The tablet is simple and fuss free in design manufactured from a mix of glass, plastic and textured alloy.

A KingSing logo on the rear is nice and understated and the only branding on the front of the device is the Windows logo (which is not a home button).

Judging by the thickness of the W8 and the depth of the display behind the glass front, it looks like this is the main area where KingSing have managed to drop the dollars to produces a fully fledged Windows device for a bargain price. 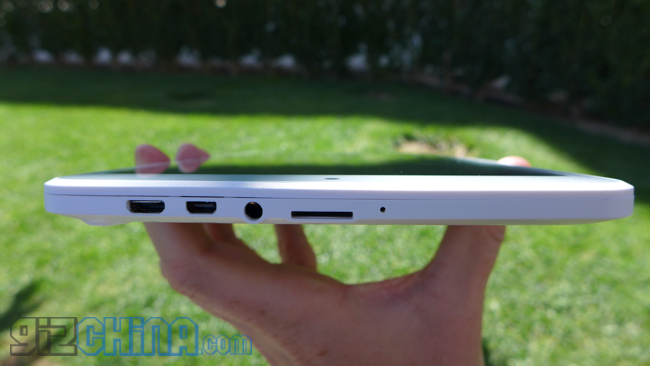 It is good to see that features which we have come to enjoy on Android tablet have made the transition to the KingSing W8, and the tablet boasts a couple of camera, micro SD card readers, 3.5mm head phone jack, USB, HDMI our and a single external speaker. 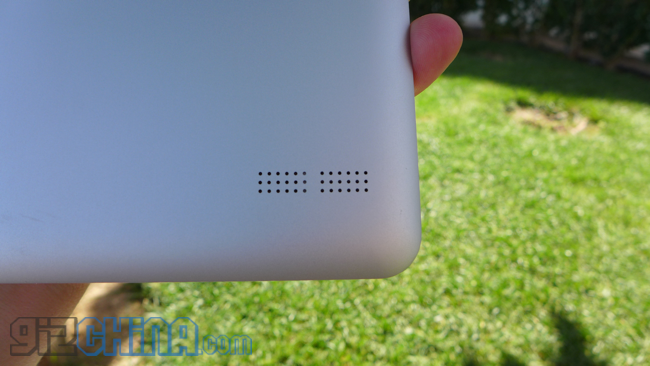 The thick alloy/plastic body is needed to conceal a 4500mAh battery, Intel Atom processor and 1GB RAM. Connectivity is limited to Bluetooth, WIFI, and you could alway add a dongle to the USB for 3G or 4G connections.

Not being a Windows user, and also not being to experienced with the tablet based Metro UI is the latest challenge for me when using the KingSing W8, but once I got use to how things work I have been quite surprised with the speed and agility of this bargain tablet.

The tablet doesn’t have the sort of power to handle serious gaming, but browsing the web, chatting on Skype and general media consumption is well within your grasps with the little W8.

However it is the versatility of the tablet which gets me. Hooking the KingSing W8 to a TV quickly converts the tablet in to a portable media center. I’m going to try and install XBMC on it so I can use it around the house as a portable media device, and plug it in to the TV for movie nights.

While hooked up to a TV you also have the option of setting it up with a Bluetooth Keyboard and mouse turning the $99 tablet in to a makeshift mini PC. Again, not hugely powerful, but a great back up and cheap to boot.

We can also imagine a few Linux using picking one up to play around with, building their own Linux tablets on a budget. So as you can see the W8 is quite the versatile device with a ton of potential.

A full review of the KingSing W8 will be put together in the coming weeks.

Previous Here it is! The first iPhone 6 clone from China hits the market

Next How to: Use Google Now launcher or any 3rd party launcher on MIUI 6 (and more)