Android smartwatches and wearables have come along way from the bulky, ugly wrist weights they once were, and we are now starting to see devices that we would happily be seen wearing. The Tommy smartwatch for $74.99 is certainly one of them.

While the name could certainly do with some work, the Tommy smartwatch does offer quite a nice design, much better looking than previous attempts, and in my opinion, better looking than the LG G Watch. The price of the Tommy is also much more attraction than any LG, Motorola or Samsung wearable too, as it retails at just $74.99.

Specifications of the Tommy smartwatch say that the wearable is compatible with devices running on Android 4.4 or iOS device, and that the battery has an incredible 21 day life! Which is likely down to the Sharp LCD display rather than the colour panels we have seen on Android Wear devices.

Features include the usual notification of incoming calls, emails and messages, plus you have wireless music control and camera control thrown in too. Custom watch faces will be available as will apps, although we are not sure if it has it’s own market or can just work with certain apps from Google Play. It is also likely that their will be a few health related features too and the Tommy can survive in up to 5m of water. 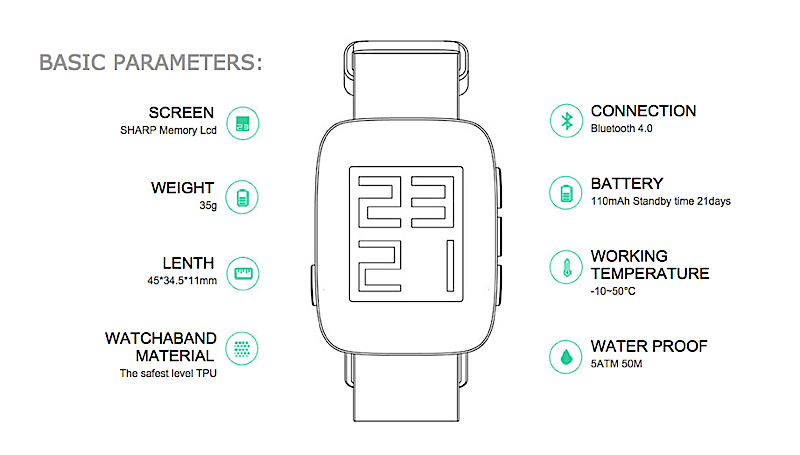 The Tommy will come in black and red to start and there are also white versions planned too.

From the specs, and the design it looks to be a good looking watch, and at the price an interesting first wearable. What do you think of the Tommy? Let us know in the comments below.