Oppo might have had to ditch an SD card and 3.5mm headphone jack on the Oppo R5, but Vivo aim to keep both on their 4.75mm Vivo X5 Max.

Vivo have always marketed their smartphones as “Hifi and smart” as their devices have always offered great audio performance regardless of where they fitted in to the overall range.

Many fans had this in mind when initial rumours of the 4.75mm Vivo X5 Max were released, would Vivo ditch their audio capabilities by removing the 3.5mm headphone jack to keep their phone slim as Oppo had?

Well the answer, according to Chinese news sources is ‘No, they won’t’. Apparently the ultra-thin Vivo X5 Max will not only be the worlds thinnest phone once it is officially unveiled, but also pack a standard headphone jack and even a micro SD card slot! 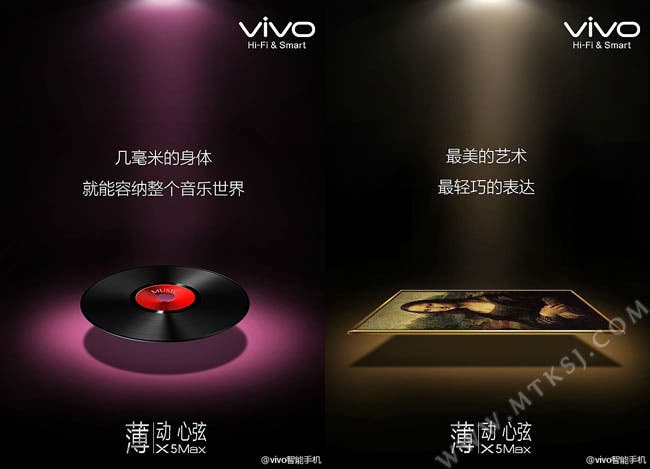 On top of all that camera performance will also be on par with their similar products with a 13 mega-pixel sensor snapping images which an be viewed on a 1920 x 1080 display. LTE and a powerful 64bit Mediatek processor are also part of the package.

Apparently Vivo will release the Vivo X5 Max in December alongside the all new flagship Vivo Xplay 5S. Keep posted for more news.

Next Spot the difference: No.1 launch 3 ‘new’ phones and a smartwatch